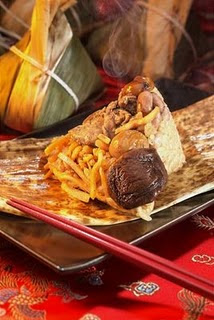 The festival occurs on the 5th day of the 5th month of the Chinese lunar calendar thus this festival is also referred to as Double Fifth festival. On the Gregorian calendar, the date varies from year to year. Last year, the festival was celebrated on June 6 while this year, on June 23.

In Malaysia, this festival is still in practice and is one of the major Chinese festivals still observed as a custom in traditional Chinese homes. In Buddhist/Taoist homes, celebrating a major festival like this Duanwu Festival involves making special offerings to deities and ancestors of a variety of food, lighting special jossticks and candles as well as burning of joss-paper, the latter to ancestors. The family gathers for a grander-than-usual meal, mainly dinner.