Come May 1 next year, travellers will have a wider choice of seats and destinations with the addition of another budget airline. Currently, Air Asia is the only low-cost carrier in Malaysia. 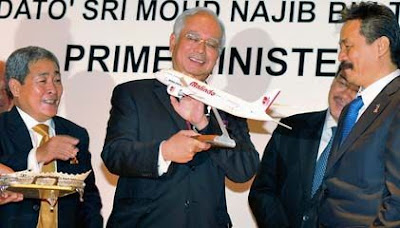 The airline, a collaboration between National Aerospace and Defence Industries Sdn Bhd (Nadi) and Indonesia's PT Lion Group, would begin operations on May 1 next year and be based in KLIA 2.

Malindo is a combination of the names of Malaysia and Indonesia reflecting the long intertwined history of the peoples of the two countries.

The budget carrier will take off with a fleet of 12 Boeing 737-900ER aircraft to destinations between big cities in Malaysia and Indonesia before expanding to other Asian countries.

Malindo Airways is considering offering low fares, even lower than AirAsia, in addition to the in-flight entertainment systems and in-flight connectivity in all of its aircraft.

He said the formation of Malindo Airways clearly indicated the growing importance of budget carriers in the global aviation industry, particularly in Malaysia and in the Asean region, in tandem with the Asean Open Skies Policy, which will come into force in 2015.

"I welcome Malindo Airways' establishment. AirAsia had always wanted Asean to be opened up. This is a good step," he told Bernama. More..NST..'Malindo Airways will not pose threat to AirAsia'