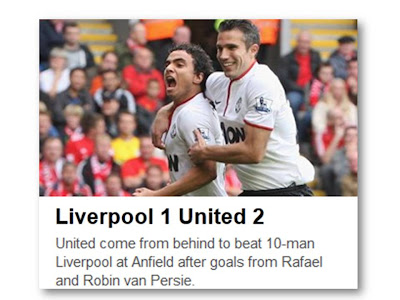 The rivalry between Manchester United and Liverpool FCs is considered one of the fiercest rivalries in football. It was briefly put aside before kickoff at Anfield as players and fans from both clubs paid a tribute to the 96 killed in the Hillsborough tragedy of 1989. More on the tribute to follow.. 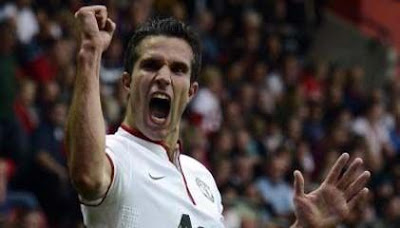 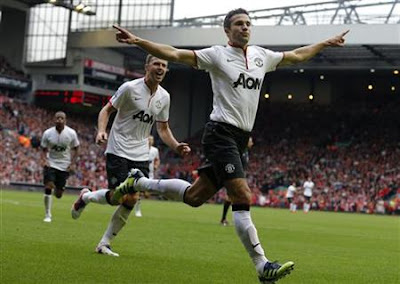 Back to the tribute..

The 1989 Hillsborough disaster was a human crush which occurred during the FA Cup semi-final match between Liverpool and Nottingham Forest football clubs on 15 April 1989 at the Hillsborough Stadium in Sheffield, England. The crush resulted in the deaths of 96 people and injuries to 766 others. The disaster remains the worst stadium-related disaster in British history and one of the world's worst football disasters. - Wikipedia

Liverpool fans were blamed for the tragedy but an independent report published this month revealed that the disaster was caused by a breakdown in crowd management.

At Anfield yesterday, the crowd held up white and red cards spelling out "TRUTH" and "JUSTICE" as the players walked out on to the pitch in tracksuits emblazoned on the back with 96. 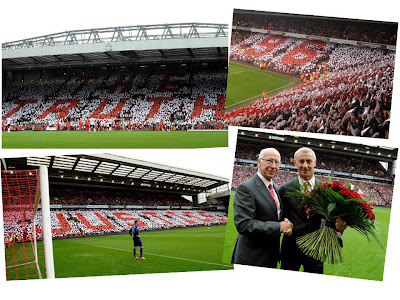 Opposing captains Gerrard and Giggs released 96 balloons into the Merseyside sky and the anthem "You’ll Never Walk Alone" reverberated around the stadium with added emotion.

Even the race row between Luis Suarez and Patrice Evra was finally put to bed as they shook hands before kickoff.


United have not won at Anfield since 2007. This win moved Man United up to number 2 spot below Chelsea. And in a later match, Manchester City drew 1-1 with Arsenal. Yes, oh yes!!

Here's the current EPL standing..Click on image to enlarge 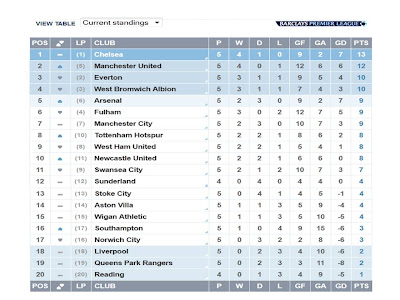 Posted by HappySurfer at 1:12 PM