My morning began with following a trail around the world (virtual, of course) on the world's best of something according to Travel and Leisure magazine.

Did you know that Malaysia's Kuala Lumpur International Airport (KLIA) made it to T and L's list of World's Most Beautiful Airports? When I was clicking down the list, I was half hoping that KLIA would make the cut. Never mind it came in last on the list but hey, it made the list! 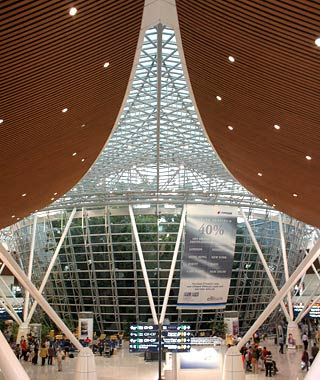 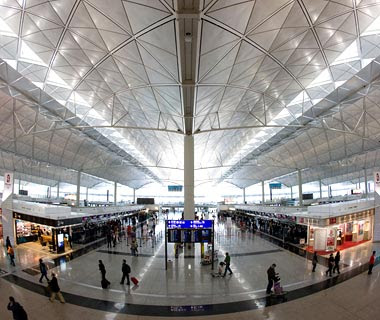 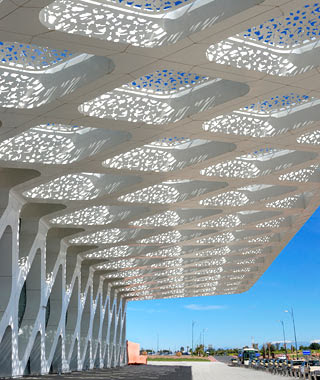 Also visited the World's Most Beautiful Buildings, one of which is this one, Tiger's Nest Monastery in Bhutan which is precariously situated on a rock outcropping some 2,600 feet above the Paro Valley (which is itself about 7,000 feet above sea level). Paro Taktsang — or the Tiger’s Nest Monastery — is a breathtaking sight dating from 1692. 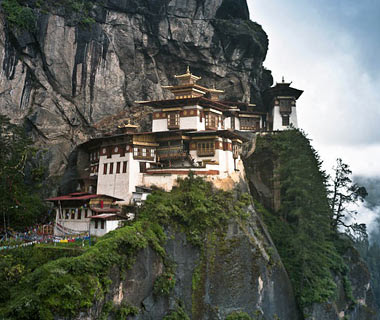 Among other World's Most Beautiful Buildings is this box of light, Christian Dior Store, Omotesando, Tokyo 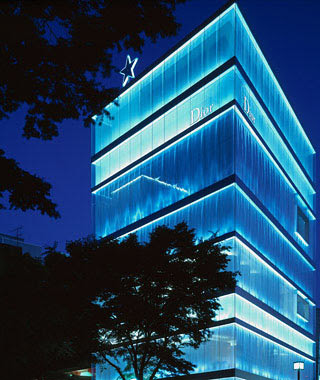 ..and the Burj Al Arab, but of course - a 60-story sail-shaped hotel, which sits on its own private island. Awe-inspiring! 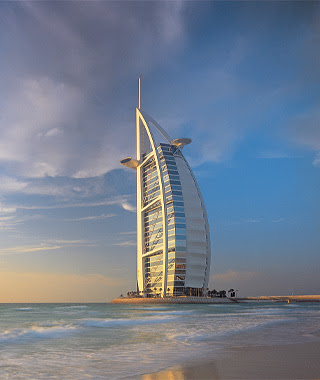 The Chrysler Building, New York City, is another on the list. 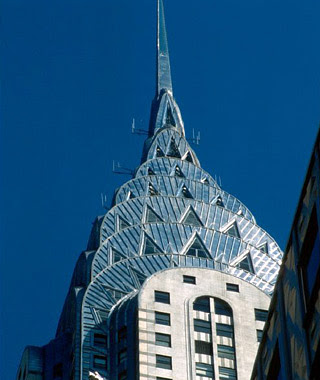 Day or night, its stainless-steel crown still dazzles like nothing else. This is possibly the only building in the world that is decorated with automotive hood ornaments: the big eagles on the 61st floor were copied from a 1929 Chrysler. - T&L

I even visited the World's Strangest Places - Man-made or otherwise.

How's this for a strange place, the Blood Falls in Antarctica. 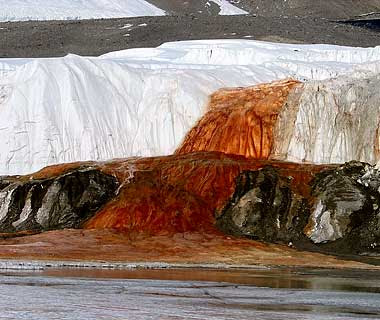 The scarlet tint derives from a community of sulfur-eating bacteria that dwell deep beneath the glacier in underground lakes—their crimson iron-oxide excretions dye the ice. But death does lurk in the vicinity: so arid are the McMurdo Dry Valleys that when lost seals and penguins wander irreversibly inland, they never decompose. Their mummified remains are strewn about, completing the ghoulish picture. - T&L

Eye of the Sahara, Mauritania 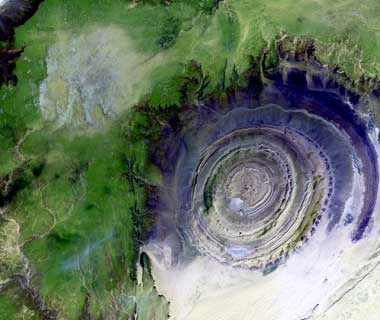 The Eye of the Sahara is clearly visible from space. 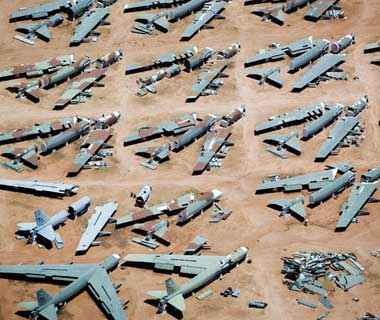 Old fighter jets never die; they just go to the Boneyard. This dirt lot near Tucson is the final resting place for roughly 3,000 retired military aircraft. While some can take to the skies with little more than a spit and polish, others—some up to 60 years old—are gradually being harvested for spare parts. - T&L

When we travel we tend to look out for strange and funny signs. These here are some of the World's Funniest Signs as selected by Travel and Leisure and sure to get you smiling to start the day. 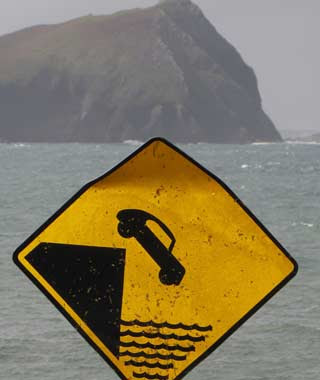 Don’t Drive Your Car off a Cliff! 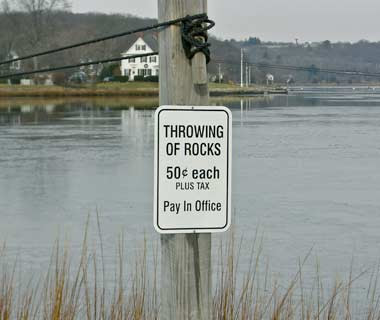 What’s funnier? That they charge for throwing rocks? Or that they trust you to ’fess up? 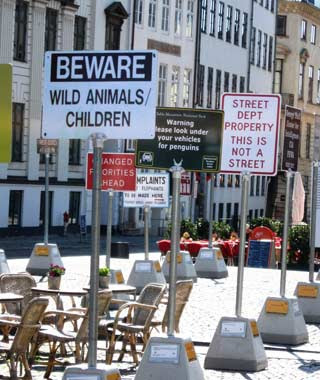 Given the warning, you have to stop and wonder which is scarier.


All images are from Travel and Leisure

Posted by HappySurfer at 1:11 PM