Christmas at the London Zoo

I don't mean for Malaysia to be a copycat but then again, good things should be copied shamelessly as what a colleague used to say. Isn't there an idiom that goes something like to be copied is the best form of flattery?

I saw two pictures in The Star that capture the spirit of Christmas, of all places, at a zoo. It's the London Zoo and the animals even receive gifts. How sweet!

It got me wondering if our Zoo Negara (National Zoo) too celebrates our major festivals with the animals or create a festive atmosphere both for the animals as well as for visitors.

Maybe they do now. I'm guilty of not having visited the zoo in the last ten years or so even though I pass by it quite a bit. Come to think of it, anyone who commutes to work using the stretch of the Middle Ring Road 2 (MRR2) in the Ulu Kelang area passes by the National Zoo at least once a day.

Here is the location of Zoo Negara. It is worth a visit when you visit Kuala Lumpur.

And now a look at Christmas at the London Zoo.. 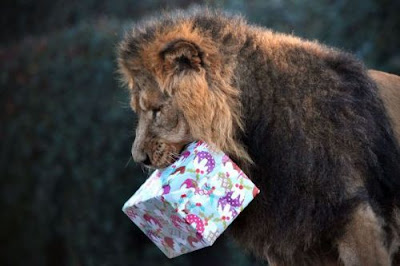 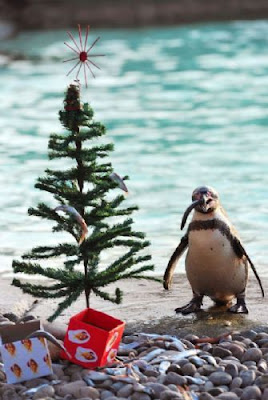 Merry Christmas, everyone! The End of the World has been postponed.