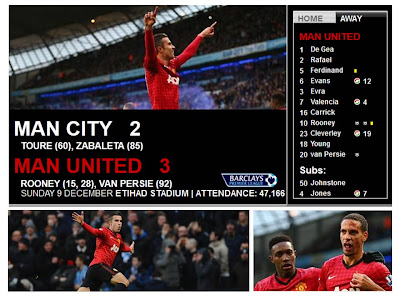 What a great game to watch - last night's Manchester Derby between Manchester United and Manchester City. It was nail-biting till the very end. Van Persie did it for MU with a last-minute goal making it a 3-2 win for MU and which put Manchester United on top of the table with a 6-point difference over MC. Yay! 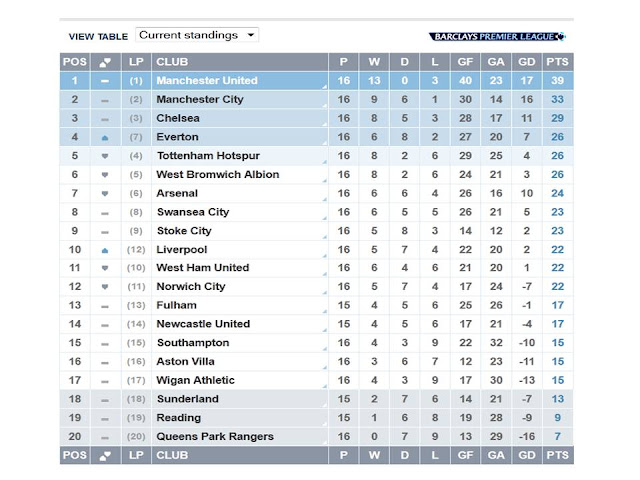 Livescore details of the match from livescore.com 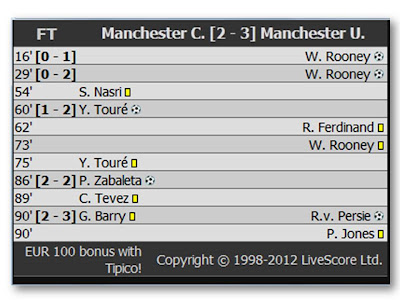 Sir Alex Ferguson felt the Manchester derby did not deserve the unsavoury incident that followed Robin van Persie's winner when Rio Ferdinand was struck by a coin thrown from the crowd.

The defender was left bloodied but unbowed as the Reds celebrated during the remarkable climax and the manager was upset to also see a fan attempt to confront the centre-back with Joe Hart's quick thinking thankfully stopping the spectator in his tracks.
More..Boss saddened by incident

FIFA is investigating the incident.