Dog Abuser, he is not 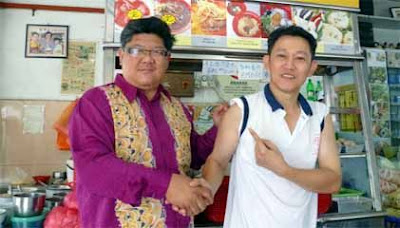 Alamak! A case of mistaken identity.

Yesterday, I agonised for over 15 minutes watching that video of a brown poodle being abused by its owner. The video is 15:07-minute long, I believe. The news was all over the papers the past few days and complaints officially lodged with the relevant authorities.

Fingers were pointing at a chef in Malacca (name, shop location and even his mobile phone number were provided) and his ex-wife as being the perpetrators - one did the actual beating, the other did the recording.

Well, whaddayaknow! As it turns out as confirmed by The Star today, it is merely a case of mistaken identity and his business experienced a sudden increase as curious people thronged his shop to catch a glimpse of him. Meanwhile, the dog-abuser is still not known.

I will spare you the agony by not linking the video here but one thing is for sure, I think people like that need professional help, help they can only get at a residential rehab centre where they have expertise for all sorts of rehabilitation treatments.

By the way, the video is posted not by the dog-abuser himself but by the person who found the lost pen-drive with the video in it, with the hope of highlighting this inhumane act.


Image source: The Star
Posted by HappySurfer at 12:07 AM