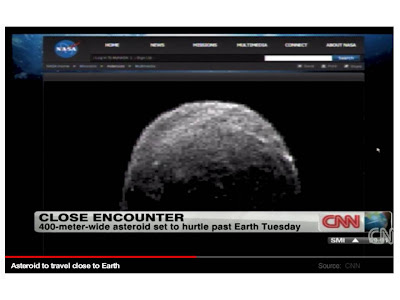 This is Asteroid 2005 YU55, a mid-sized asteroid, that passed by Earth some three/four hours ago (Malaysia time).

According to CNN, an asteroid the size of an aircraft carrier passed within the moon's orbit Tuesday, the closest approach by an object that large in more than 30 years.

A large asteroid as big as YU55 hitting the Earth could cause global catastrophe such as a tsunami with waves 70 feet high. However, scientists say that there is no need to worry about this one though risk of asteroid collision is real. NASA calls these "potentially hazardous objects". The next few days will provide a gold mine of information for scientists in studying the asteroid. Below is a video-shot of the asteroid path. 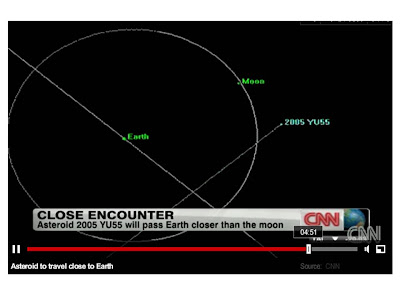 Posted by HappySurfer at 9:32 AM