Sex and the City

Sex and the City, I remember this HBO tv series kept a lot of women indoors glued to their tv sets. I was one of them. This multiple Emmy Award and Golden Globe award–winning popular American cable television program ran for a good six whole seasons from 1998 to 2004. 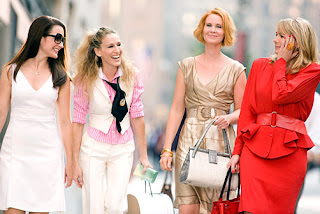 I love this series for a number of reasons. I love that it was filmed on location in and around New York City, Manhattan to be exact. I have always been fascinated by New York City so it was a treat to be able to see parts of the city in the show.

Next, I love the fashion. Who wouldn't?! Some of the clothes may be outrageous in form and colour and their high-heels ankle sprain-defying but they are fun and refreshing. 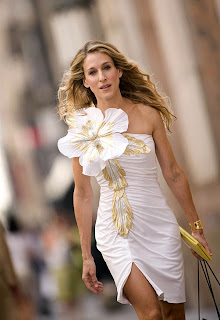 The witty dialogue, result of good writing, makes the show interesting and funny. The show became well known and lauded for its frank dialogue about women and sex.

The women discuss their sexual desires and fantasies, and their travails in life and love. The show often depicts frank discussions about romance and sexuality, particularly in the context of being a single woman in her mid-thirties. Women can identify with the show which accounts for its popularity. This observation was also shared by a visitor to my blog in a post I wrote about the show way back in Dec 2004 - the post that launched my blog, in a way. She said:

"The series is just so relatable. Everyone has a Carrie, Samantha, Miranda, and Charlotte in their lives...sometimes not always in one person, but there are attributes in each of those women that are specific enough to make you think, "Wow, I'm making a connection with those characters!" but general enough to make everyone capable of relating." 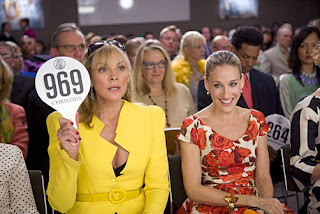 According to Wikipedia, fans of Sex and the City say that the show is a realistic portrayal of the sexual behavior and lifestyles of many urban Americans though the characters have been criticized for being shallow, superficial, and self-absorbed. I have to admit though that a good part of their lifestyle is not applicable here in our Eastern society. Still, it widens our horizons. I hope the Sex and the City: The Movie will be as entertaining as the series. 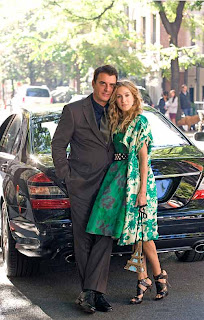 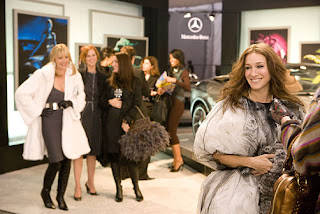 1. Over its course of six seasons, "Sex and the City" was nominated for over 50 Emmy Awards, winning seven times.

2. Because of the 9/11 attacks, shots of the World Trade Center Towers were replaced by the Empire State Building during the opening sequence of season four.

3. The film originally was slated for production near the end of the broadcast series run in 2004, but the movie deal fell through at that time. Multiple press reports at the time indicated a personal dispute between Parker and Cattrall, as well as Cattrall's refusal to sign a contract for the film at a pay scale considerably less than Parker's