Radiation from the Japan nuclear blast 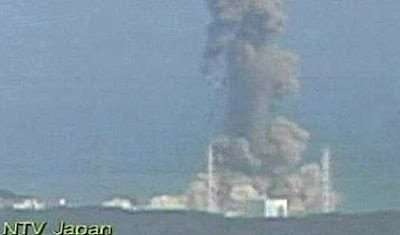 Hours later, the US said it had shifted its offshore forces away from the plant after detecting low levels of radiation.


Was told there is an SMS that is going around today. Perhaps you would have received it too. I got it from a concerned friend. It says:

"A nuclear power plant in Fukumi, Japan, exploded at 4:30am today. If it rains tomorrow or later, don't go outside. If you are outside, be sure that you have rain protectors. It's acid rain. Don't let it touch you. You may burn your skin, lose your hair or have cancer. Please pass, stay safe and remind everyone you know."

What do you think? Do we over here have cause for concern? Any experts reading this can shed some light?

Btw, good to have an idea of Travel warnings after Japan's earthquake

Perhaps this would help to allay fears..Group: No need to monitor radiation here. The article says:

PETALING JAYA: It is not necessary for Malaysia to monitor the possible radiation fallout due to a nuclear meltdown in Japan at the moment, said the Environmental Protection Society of Malaysia.

Its president Nithi Nesadurai said that given the distance of the country from Japan, it was not of immediate concern for the Malaysian Government to monitor the possible fallout.

“I am sure countries closer to Japan such as the Philippines and China are monitoring to see if the possible fallout will reach their shores.

“We can always look at their results and decide our next course of action later,” he said.

However, food and food products coming in to Malaysia from Japan are being screened for radiation contamination after explosions at Japan’s Fukushima Daiichi nuclear plant. The Health ministry is concerned that the explosions would affect perishable exports from Japan. Fish, fish products, fruit, fruit products, cereal, beverages and meat in both fresh and canned form were imported from Japan last year.
Posted by HappySurfer at 11:13 PM