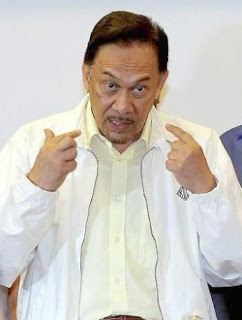 Sex video shocker is the frontpage story on The Star today. (Google ads on my site today would probably feature PSAs (Publc Service Ads) only. But what the ....!, we all want to know more about it, don't we?)

At time of writing, the Most Viewed list of articles in The Star today shows that 8 out of 10 listed are on the same subject matter.

The excitement is about the release of a video recording of a man resembling an opposition party leader having sex with a foreign fair-skinned prostitute, believed to be from East Asia. This revelation has shocked the nation in the latest scandal to rock the country.

The politician held a press conference. Datuk Seri Anwar Ibrahim has vehemently denied that he is the man in the sex video, saying that this was a “scurrilous attack” on him.

Datuk Seri Anwar Ibrahim: “It is an evil political conspiracy. It is an attack against my character and my family. This is something we have endured the last 13 years.”

Dr Wan Azizah: “If the (sodomy trial) says that Anwar is with a man, why is this video with a woman?” she asked.

This is The Carcosa Seri Negara, an old colonial mansion that has been converted to a posh hotel where Queen Elizabeth stayed during her visit. It plays hosts to other visiting dignitaries as well. 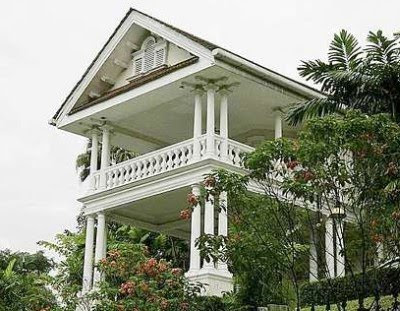 This is the venue chosen by a mysterious Malay man, who only wished to be known as “Datuk T”, who unveiled the video tape in high security and secrecy. Security was so tight that "Before the screening, the editors and senior journalists were told to surrender their wallets, mobile phones, cameras, notebooks and pens.

They were checked with hand-held metal scanners and also made to wear robes over their clothes before being allowed into the room.

The four men who were with “Datuk T” were apologetic and polite to the media during the security checks.

Two of them were wearing dark glasses ala US Secret Service agents."

Prime Minister Datuk Seri Najib Tun Razak has denied claims that police were involved in the recording of the video. The 22-minute black-and-white video shows the man having sex in various positions and was recorded by hidden CCTV cameras in a hotel room in Kuala Lumpur on Feb 21.

Most Viewed at time of writing
* Sex video shocker
* Family of murdered contractor sees red
* Anwar: I’m not the man
* Sex video becomes talk of the town in a matter of hours
* PAS may review ties if video is authentic
* Cops not involved in sex video, says Najib
* High security and secrecy before screening
* Zaid: It is standard PKR reaction
* Video of man resembling politician shown to pressmen
* KL, Jakarta to sign maids MoU


Source: The Star
Posted by HappySurfer at 9:39 AM