Chasing away the Monday Blues 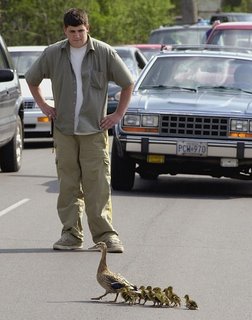 Having the Monday blues, here are two good, clean jokes to lighten up your day.

Age Guilt
Have you been guilty of looking at others your own age and thinking... surely I cannot look that old?! You may enjoy this short story.

While waiting for my first appointment in the reception room of a new dentist, I noticed his certificate, which bore his full name. Suddenly, I remembered that a tall, handsome boy with the same name had been in my high school class some 30 years ago. Upon seeing him, however, I quickly discarded any such thought. This balding, gray-haired man with the deeply lined face was way too old to have been my classmate. After he had examined my teeth I asked him if he had attended the local high school. "Yes," he replied.


Coke
A disappointed salesman of Coca Cola returns from his Middle East assignment. A friend asked, "Why weren't you successful with the Arabs?"

The salesman explained, "When I got posted in the Middle East, I was very confident that I will makes a good sales pitch as Cola is virtually unknown there. But, I had a problem I didn't know to speak Arabic. So, I planned to convey the message through 3 posters...

First poster, a man crawling through the hot desert sand... totally exhausted and panting. Second, the man is drinking our Cola and Third, our man is now totally refreshed. Then these posters were pasted all over the place"

That should have worked," said the friend. The salesman replied, "Well, not only did I not speak Arabic, I also didn't realize that Arabs read from right to left..."
Posted by HappySurfer at 10:38 AM