Thought I'd commemorate 9/11 with a blog entry.

Five years have passed since that fateful day on September 11, 2001. I remember seeing the incident on CNN thinking that it was just a staged documentary.

Today, sadly there has not been much difference as violence is still being employed to settle differences among nations. At the rate we are going looks like mankind will never get to experience total peace. 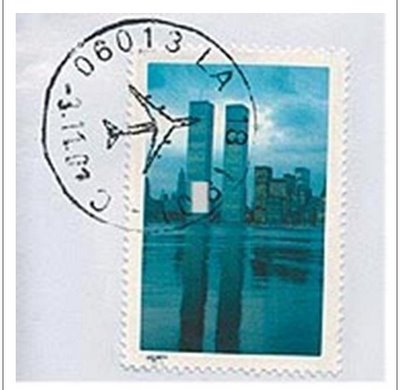 By Tabassum Zakaria
NEW YORK (Reuters) - President George W. Bush made a pilgrimage to New York's Ground Zero on Sunday on the eve of the fifth anniversary of the Sept. 11 attacks and said he would never forget the lessons of that day.

The somber Bush and his wife, Laura, laid wreaths at Ground Zero, attended a prayer service nearby with families who lost loved ones, then shook hands with firefighters at a firehouse near where the World Trade Center's twin towers had stood.
More...The Star

By Claudia Parsons
NEW YORK (Reuters) - Tour guide Ann Van Hine is rewarded with tears, not tips, and frequently reduces visitors to an awed silence when she tells them how her husband, a firefighter, died at the World Trade Center on Sept. 11, 2001.
More...The Star
Posted by HappySurfer at 3:33 PM