There is a Chinese saying that even if you live to a hundred, you would still be able to learn of new things, or something like that.

Recently, a 66-year-old Malaysian gentleman on a visit to Shenzhen fell into a coma after eating star-fruits. Two others have died after eating the fruit. This news is truly disturbing as star-fruits are common in this part of the world too and there has not been any reported incident of death of its consumption. What then is the reason for this scare?

Star-fruit is known in the west as carambola. To quote Wikipedia, The carambola is a species of tree native to Indonesia, India and Sri Lanka and is popular throughout Southeast Asia, Trinidad, Malaysia and parts of East Asia. It is also grown in Dominican Republic, Brazil, Peru, Ghana, Guyana, Samoa, Tonga, Taiwan, French Polynesia, Costa Rica and Australia. Carambola is commercially grown in the United States in south Florida and Hawaii. It is closely related to the bilimbi.

This bilimbi is sometimes used in cooking for its sourness. It is also eaten as a fruit though not many is able to stomach it as it is extremely sour. It can actually give you a kick. 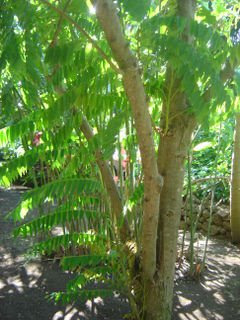 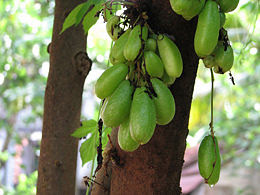