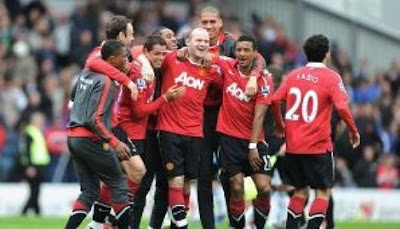 Wayne Rooney's penalty clinched a record 19th English title for Manchester United on Saturday by salvaging a 1-1 draw at Blackburn.

Rooney drove home the spot kick in the 73rd minute after Javier Hernandez was fouled, ensuring that United overhauls Liverpool as the most successful team in English league history.

Alex Ferguson's side required only a point to regain the Premier League trophy from Chelsea with one game to spare, but the visitors fell behind after 20 minutes when Brett Emerton capitalised on poor defending and goalkeeping.

United's breakthrough came after a moment of controversy, when the striker Hernandez was tripped in the area by goalkeeper Paul Robinson.