Fans yesterday had a double-treat at Old Trafford. Not only did they see their favorite team beat Blackpool (though I was rooting for Blackpool to win getting them out of relegation), they also got to see Manchester United receiving their trophy for winning the Barclays Premier League for the 19th time! - a record, beating Liverpool's 18 times. Below a montage of images taken from the ManUtd website.. More images where these came from. 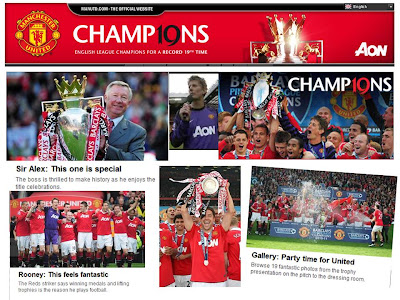 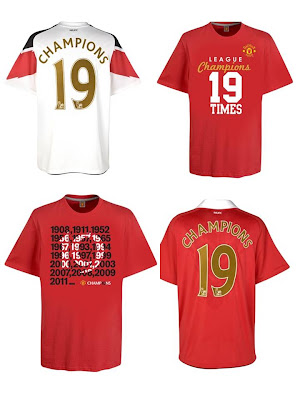 As individual players, some of the MU players achieved records or personal bests, while for Sir Alex Ferguson, it is his 11th win in the Premier League. 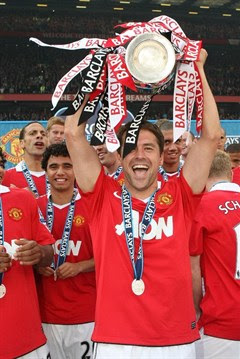 “I won a lot of trophies with Liverpool but to win the Premier League is the pinnacle of anyone’s career. I’m very proud today. I’m really pleased and proud to have played with a great crop of lads and obviously the manager’s second to none.”
- Michael Owen

Just like Peter Schmeichel before him, goalkeeper, Edwin van de Sar bids farewell, both retiring on a high note - winning the Premier League. 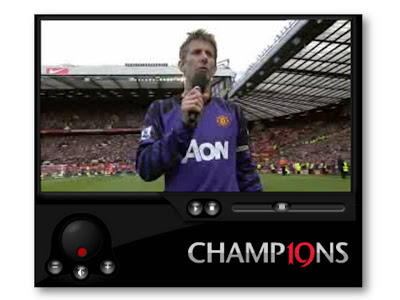 "I've thoroughly enjoyed my time here. I'll always keep a warm place in my heart for Manchester United, the biggest club in the world.

"I want to thank the manager, the fans, the players, and also my family - my parents, my wife and my kids."
- Edwin van der Sar

Watch video of the trophy-presentation. 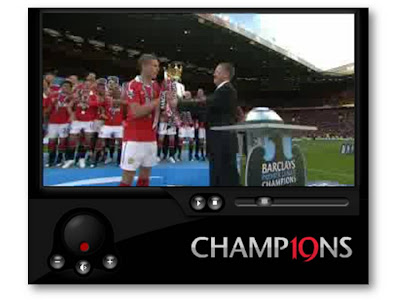 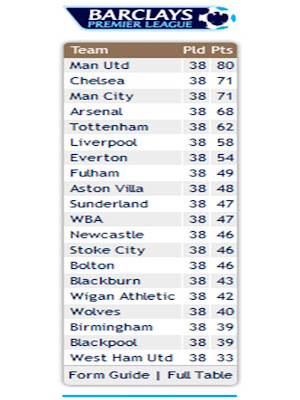