Another animated Google doodle today. This time to honor someone who made a difference in the performing arts, Martha Graham. See the little performance on google.com. 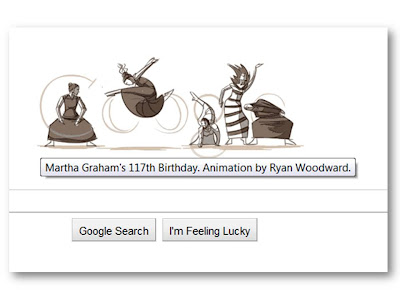 Some information from Wikipedia.. 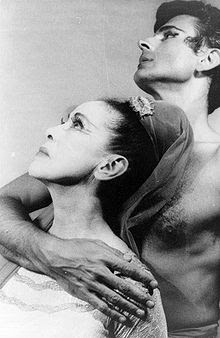 Martha Graham (May 11, 1894 – April 1, 1991) was an American dancer choreographer regarded as one of the foremost pioneers of modern dance, whose influence on dance can be compared to the influence Stravinsky had on music, Picasso had on the visual arts, or Frank Lloyd Wright had on architecture.[1] Graham was a galvanizing performer, a choreographer of astounding moves. She invented a new language of movement, and used it to reveal the passion, the rage and the ecstasy common to human experience. She danced and choreographed for over seventy years, and during that time was the first dancer ever to perform at The White House, the first dancer ever to travel abroad as a cultural ambassador, and the first dancer ever to receive the highest civilian award of the USA: the Medal of Freedom. In her lifetime she received honors ranging from the key to the City of Paris to Japan's Imperial Order of the Precious Crown. She said, "I have spent all my life with dance and being a dancer. It's permitting life to use you in a very intense way. Sometimes it is not pleasant. Sometimes it is fearful. But nevertheless it is inevitable."

Image above is of Martha Graham, shown here with Bertram Ross
Posted by HappySurfer at 11:11 AM