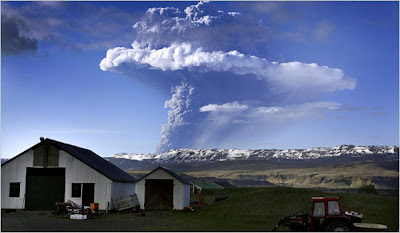 Oh dear, another volcano has erupted in Iceland on Saturday sending billows of ash up to 12 miles into the air on Sunday, and prompting the island nation to close its main international airport to commercial air traffic as a precaution. Grimsvötn is the most active volcano in Iceland though past eruptions have been relatively small and have not posed a direct threat to the population. This is not the same one that caused disruption to air traffic in most parts of Europe in April of last year. That volcano is Eyjafjallajökull.

According to the NY Times, the Icelandic authorities said that as of 8:30 a.m. local time, Reykjavík-Keflavik International Airport was closed to all inbound and outbound air traffic. By Sunday afternoon, Iceland’s three other international airports were also closed to most commercial flights.

The authorities have closed the main road to the eruption site and advised people living near the volcano to stay indoors or, if they must go outside, to wear protective masks and goggles.

Here's a map that shows the location of the Grímsvötn eruption. (Source Iceland Met.) Grímsvötn volcano is in the middle of Vatnajökull Glacier. 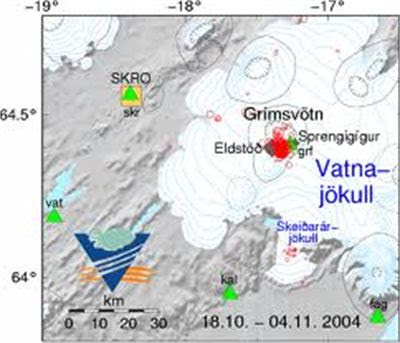 and here's a map of Iceland. Vatnajökull Glacier is the big glacier in the South East. 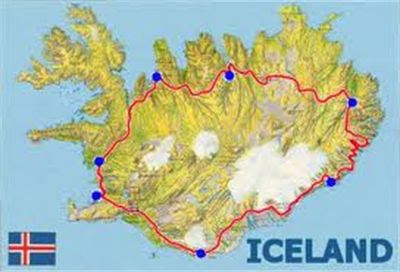 Source of both images above from the IcelandReview