Cristiano Ronaldo Tested to the Limit 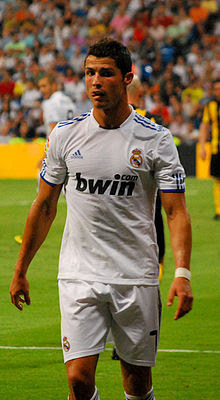 Fans of Cristiano Ronaldo might be interested in these videos. They show a series of recent tests by Castrol being conducted on him to study his Body Strength, Mental Ability, Technique and Skill. Take a look, they are pretty interesting even if you are not a football fan.

Cristiano Ronaldo is a Portuguese footballer who plays as a winger or striker for Spanish La Liga club Real Madrid and is the captain of the Portuguese national team. Ronaldo became the most expensive player in football history after moving from Manchester United to Real Madrid in a transfer deal worth £80 million (€94m, US$132m). In addition, his contract with Real Madrid, in which he was to be paid £11 million per year over the following six years, made him the highest-paid football player in the world at the time, and his buyout clause was valued at €1 billion as per his contract. (Wikipedia)

Posted by HappySurfer at 1:56 PM