Just one week after the horrific crash and death of Dan Wheldon in the IndyCar championship's finale in Las Vegas, we have another fatality in a motor sport. This time, it is on our own shores.

From The Star..
SEPANG: The world of motorsports was rocked when Italian MotoGP rider Marco Simoncelli was killed following a horrific crash at the Shell Advance Malaysian Motorcycle Grand Prix here.

The 24-year-old Gresini Honda team rider's machine veered across the track on the second lap of the race that started at 4pm yesterday and into the path of his compatriot Valentino Rossi of Ducati and American Colin Edwards of Yamaha.

It is the first fatal crash at the Sepang International Circuit since it opened in 1999.
More.. 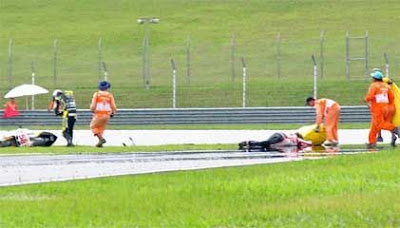 Italian MotoGP rider Marco Simoncelli lying motionless on the ground after the crash at the Sepang International Circuit on Sunday. 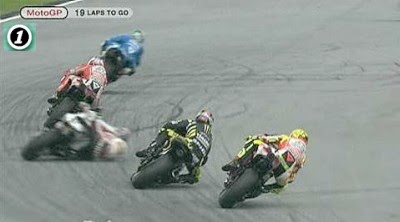 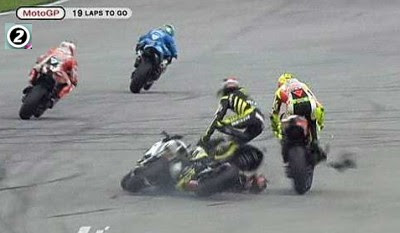 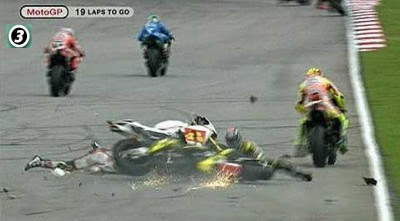 Seems like the world is never short of bad news. Over the weekend too, Turkey was struck by a 7.2-magnitude earthquake that saw more than two hundread dead and hundreds more missing. Turkey sits atop a fault line separating three tectonic plates, the Eurasian Plate, the African Plate and the Arabian Plate.

Source: The Star
Posted by HappySurfer at 1:08 PM