It is not only Thailand suffering floods right now, even Dublin is seeing floods in the city and surrounding areas.

From The Star:
DUBLIN (Reuters) - Dublin was put on an emergency footing on Monday after torrential rain triggered flooding in the Irish capital suspending rail services, closing roads and leaving shops and homes under water.

The weather service said more than one month's rain had fallen in 24 hours and parts of the city were engulfed in flood waters, forcing commuters to wade home.

A number of ferries to and from Dublin were cancelled and flights were diverted from landing at the city's airport.

The rain was expected to clear later on Monday.

Here are some shots from 98fm.com. You can also refer to the site for links to transport and travel sites which have the latest updates for the morning’s commute.

Flooding outside the RDS Main Hall on the Merrion Road. 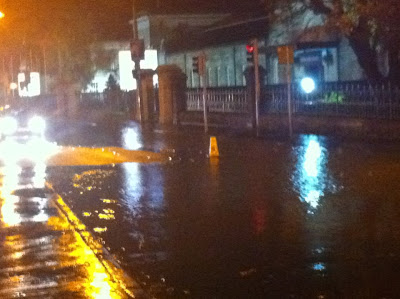 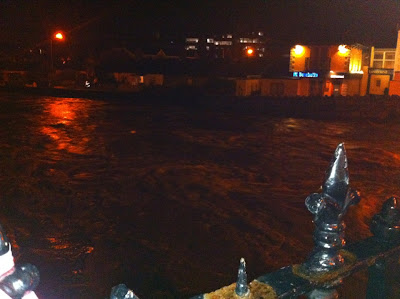 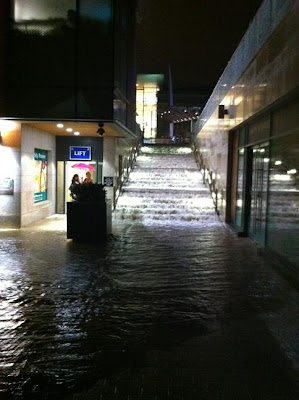 Baby Alexander being brought home through the flood by a Coast Guard volunteer. 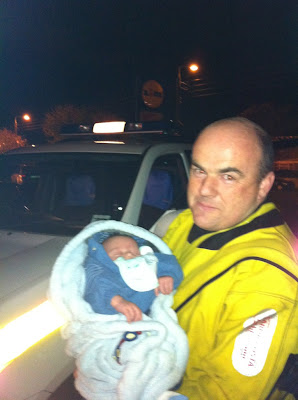 This is a video from the site showing a bus being flooded in Dublin from the canal waters.

Posted by HappySurfer at 9:05 AM