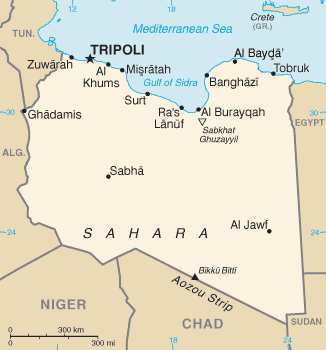 Other than knowing where Libya is and that their former leader had died, there isn't much I know about the country, that according to Wikipedia holds the largest proven oil reserves in Africa (followed by Nigeria and Algeria) as of January 2007.

An email I received piqued my interest about the country and the life there. I am neutral here but if the contents of the email are true, one wonders if the former leader is such a bad ruler to his people afterall. I quote from the email:

"The media has successfully painted Gaddafi as a hard-core dictator, tyrant whatever you want to call him. However, the media as usual has also failed to show the kind, giving Gaddafi we never heard of. Gaddafi unlike most dictators I will refrain from naming them has managed to show his humane side, the very side we dream of seeing in other dictators who just talk and talk.

I consider Libyans lucky to a certain extent and one wonders with the new democratic rule they cry for will it improve or worsen life for them. Yes, Gaddafi has spent millions of Libya`s money on personal ventures but is the average Libyan poor? We know others who take a country and destroy it until you feel like there is no hope of restoring this country… looting some prefer to call it. Did Gaddafi loot Libya in any way?

Now let us get to the unknown facts about the Libyan dictator Muammar Gaddafi: 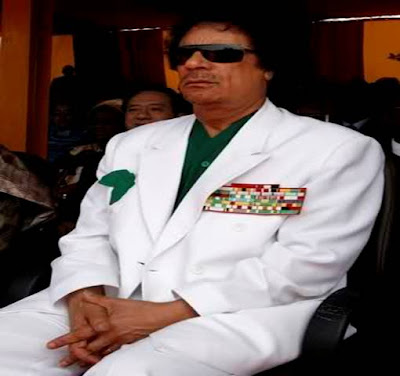 2. There is no interest on loans, banks in Libya are state-owned and loans given to all its citizens at 0% interest by law.

3. Home considered a human right in Libya – Gaddafi vowed that his parents would not get a house until everyone in Libya had a home. Gaddafi’s father has died while him, his wife and his mother are still living in a tent. 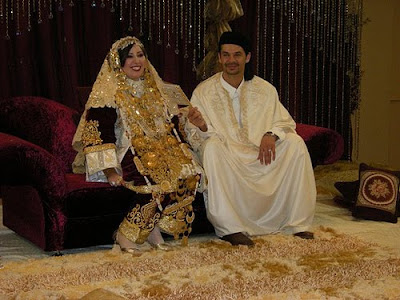 5. Education and medical treatments are free in Libya. Before Gaddafi only 25% of Libyans are literate. Today the figure is 83%.

6. Should Libyans want to take up farming career, they would receive farming land, a farming house, equipments, seeds and livestock to kick-start their farms – all for free.

7. If Libyans cannot find the education or medical facilities they need in Libya, the government funds them to go abroad for it – not only free but they get US$2,300/mth accommodation and car allowance.

8. In Libyan, if a Libyan buys a car, the government subsidized 50% of the price.

10. Libya has no external debt and its reserves amount to $150 billion – now frozen globally.

11. If a Libyan is unable to get employment after graduation the state would pay the average salary of the profession as if he or she is employed until employment is found.

12. A portion of Libyan oil sale is, credited directly to the bank accounts of all Libyan citizens. 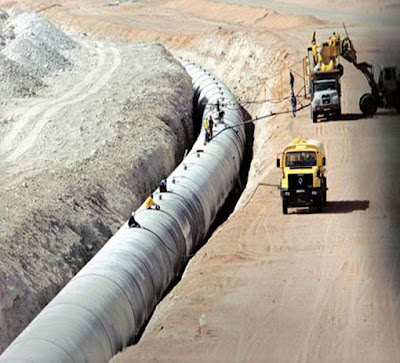 Which other dictator has done much good to his people besides."

Not sure if the above is all true but at least some of them have got to be otherwise there won't be someone writing about it. Perhaps a Libyan reading this would be able to shed some light? To further substantiate, the following is from Wikipedia which spells out some of the things covered above.

After coming to power, the RCC government (Libyan Revolutionary Command Council (RCC) headed by Gaddafi) initiated a process of directing funds toward providing education, healthcare and housing for all. The reforms, though not entirely effective, had had their effect. Public education in the country is free and primary education is compulsory for both boys and girls. Medical care is also available to the public at no cost but providing housing for all is a task the RCC government has not been able to complete yet. Under Gaddafi, per capita income in the country rose to more than US $11,000, the fifth highest in Africa.

Petrol is cheap or at least used to be back in as recently as 2008. Read the forum here.

Prehistoric Libyan rock paintings in Tadrart Acacus reveal a Sahara once lush in vegetation and wildlife.

Tens of thousands of years ago, the Sahara desert, which now covers roughly 90% of Libya, was lush with green vegetation. It was home to lakes, forests, diverse wildlife and a temperate Mediterranean climate. 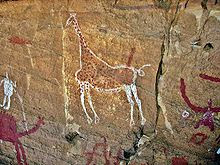 Libya is a predominantly desert country. Up to 90% of the land area is covered in desert. 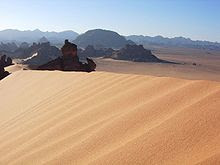 The Arch of Septimius Severus at Leptis Magna. The patronage of Roman emperor Septimus Severus allowed the city to become one of the most prominent in Roman Africa. Leptis Magna is widely considered to be one of the best preserved Roman archaeological sites in the world. 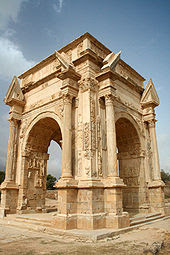 Temple of Zeus in Cyrene. Libya has a number of World Heritage Sites from the ancient Greek and Roman eras, which are popular tourist destinations. 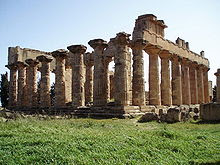 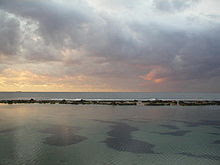 Oil is the major resource of Libya. 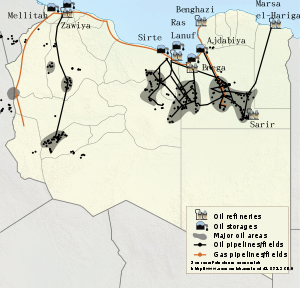 Libya's population includes 1.7 million students, over 270,000 of whom study at the tertiary level. Basic education in Libya is free for all citizens, and compulsory to secondary level. The literacy rate is the highest in North Africa; over 82% of the population can read and write.

By far the predominant religion in Libya is Islam with 97% of the population associating with the faith. The vast majority of Libyan Muslims adhere to Sunni Islam.

As for Contemporary travel in Libya, the most common form of public transport between cities is the bus, but many people travel by automobile. There are no railway services in Libya.

Libyan cuisine is generally simple, and is very similar to Sahara cuisine. In many undeveloped areas and small towns, restaurants may be nonexistent, and food stores may be the only source to obtain food products. Some common Libyan foods include couscous, bazeen, which is a type of unsweetened cake, and shurba, which is soup. Libyan restaurants may serve international cuisine, or may serve simpler fare such as lamb, chicken, vegetable stew, potatoes and macaroni. Alcohol consumption is illegal in the entire country.

The source of the above is here on Wikipedia. If you would like to know more, visit the site.

Frankly, I feel sorry for the man. May he rest in peace.
Posted by HappySurfer at 1:32 PM

Email ThisBlogThis!Share to TwitterShare to FacebookShare to Pinterest
Labels: Libya