KL112 Rally in Kuala Lumpur comes to an incident-free end 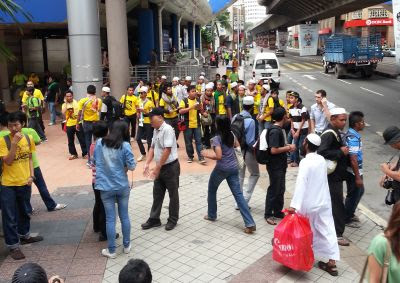 A small group from Padang Timur in Petaling Jaya started marching towards the stadium around 10am. 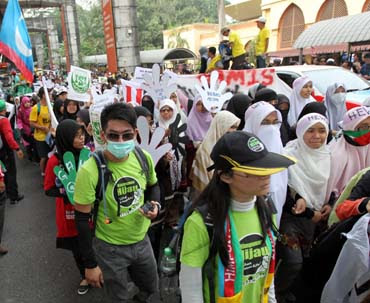 10.35am: PAS deputy president Mat Sabu gives speech to crowd at National Mosque, says they will march at 11.30am. 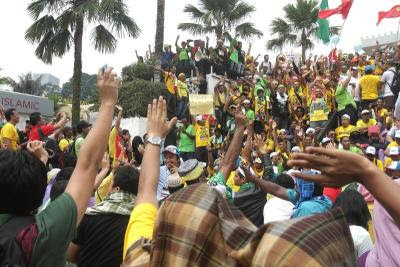 11.55am: Crowd at KLCC begins march towards Stadium Merdeka. 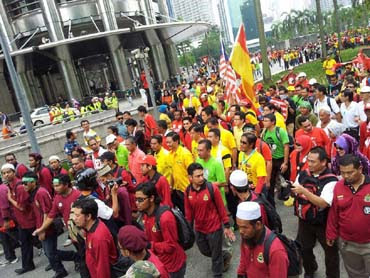 DAP sec-gen Lim Guan Eng address the crowd after this.

3.25pm: PAS deputy president Mat Sabu addresses crowd, and thanks police, stadium management and DBKL for cooperating with rally organisers. He hopes the crowd will disperse peacefully after the rally.

3.55pm: Some people are beginning to leave the stadium, while others are staying on to listen to PAS president Hadi Awang, who has just started speaking.

4.35pm: Many have started leaving the stadium. Rally was scheduled to end at 5pm.

Posted by HappySurfer at 5:33 PM