Manchester United is off to a good start of the new season by winning the 2013 FA Community Shield over Wigan with a 2-0 victory last night at the Wembley Stadium. Both goals were put in by Robin van Persie at the 6th and 59th minute.

Images below courtesy of Manutd.com 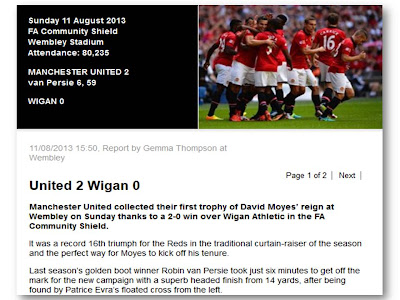 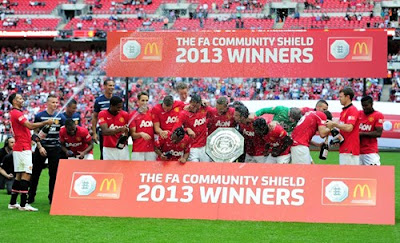 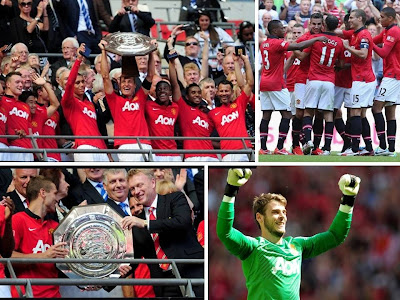 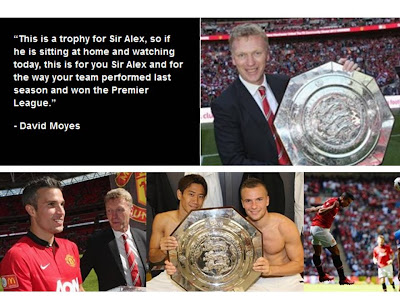 Yes! We are back to a new season of the Barclays Premier League.  A fresh start on a clean slate.  Are you able to tell the three new teams that have joined premier league and the three that were relegated? Here's a hint for the latter. 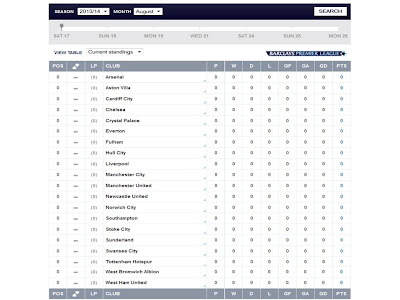 Source: Premierleague.com
I am still supporting Manchester United in case you may be wondering..