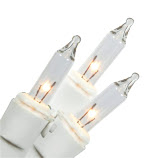 Hari Raya being a month-long celebration (until Sep 7), Malay homes are still projecting an air of festivity all brightly-lit at night.  Family and friends are still visiting one another spreading goodwill and cheer.

Deepavali (Nov 3), an Indian Hindu Festival, is also a festival of lights and aptly known as Festival of Lights. Homes are adorned with lights and other decorations as Hindus celebrate this happy occasion.

Then there is Christmas on December 25. Though some months away, colleagues of mine are starting early preparation this year in the shopping department buying presents and christmas lights white wire type as well as coloured lights to celebrate this season of love and cheer.

Speaking of lights, downtown Kuala Lumpur will be all aglow tonight ushering in the 56th Independence Day tomorrow, August 31. Dataran Merdeka will be a sight to behold as well as the Sultan Abdul Samad Building across from it. This year, Dataran Merdeka or Independence Square in English will be the venue for the Merdeka Parade tomorrow.

People from the city and other states, as well as visitors from overseas will be at the square to witness the Merdeka parade. Many others will be catching the live telecast of the parade on tv.