Segamat Flood update - and other towns in Johore, southern state

While most of us will be celebrating Chinese New Year in a joyous mood, this year's Chinese New Year will start on a sad note for a lot of families whose homes are hit by the current bad floods particularly in the south and in Sarawak. The Star today carries a series of articles on the flood situation such as the one below.

Segamat flood updates on Facebook - including a tip on getting from Gemas to Kuala Lumpur.

Below is a picture from a Chinese-language newspaper.. 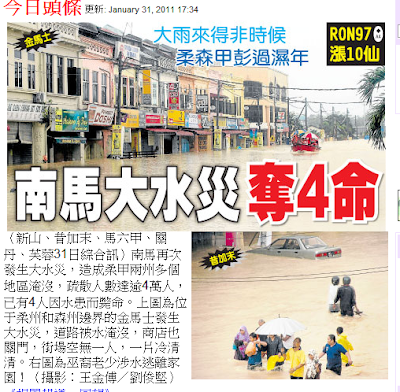 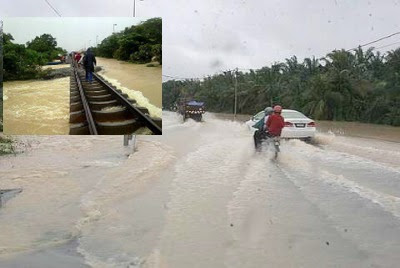 Airlift for the stranded, DPM also orders food to be sent to Johor flood victims

Messages on situation in Johor pouring in via Twitter 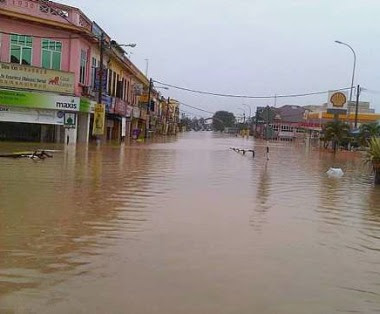 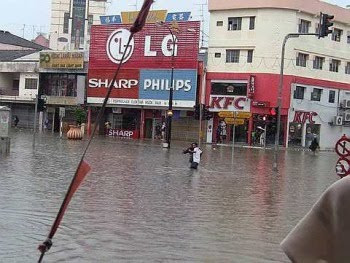