Christchurch hit by a 6.3 earthquake

The quake was measured at magnitude 6.3 by local scientists with a focal depth of 5 kilometres, 10 kilometres southwest of the country's second biggest city. More.. 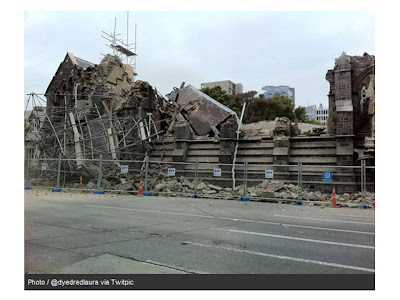 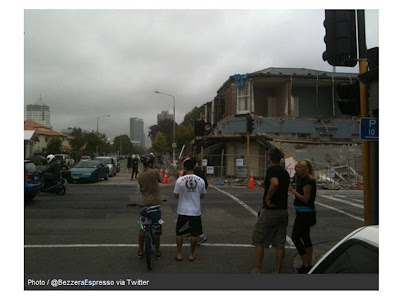 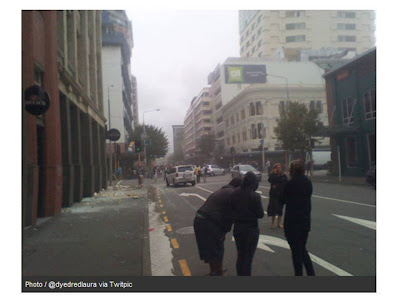 In case you are wondering, Kuala Lumpur (or rather Malaysia) not sitting atop any tectonic plate fault line is not prone to earthquakes. In this part of the world, Indonesia, which has the Pacific Rim fault line bordering the archipelago is often affected by earthquakes.

Related articles:
Huge quake hits Christchurch - A large 6.3 magnitude earthquake has struck Christchurch, with reports of buildings down and serious injureis, five months after the city was badly damaged by a 7.1 magnitude quake.

Witnesses said there were buildings down all around Cathedral Square in the city, with the church destroyed.

The central city is currently being evacuated with widespread damage to buildings and infrastructure.

Multiple buildings have collapsed, there are fires in buildings in the central city and people are trapped.

Image source: nzherald.co.nz
Posted by HappySurfer at 9:55 AM