Chinese New Year food, and others 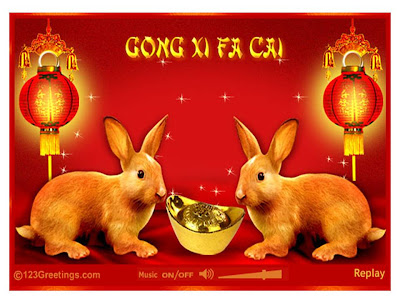 Chinese New Year is celebrated over fifteen days - this year, from Day 1 on Feb 3 right up to Day 15 on Feb 17 - and today being the 13th day into the new year, we are still celebrating the biggest festival in the lunar calendar. 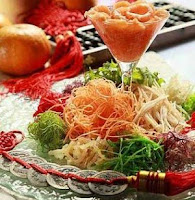 Chinese restaurants are abuzz with diners every night tossing the customary Yee Sang and savoring symbolic dishes considered to be lucky in Chinese culture. Fish (steamed whole) and prawns are a must-have. Fish symbolizes abundance as in so much that it spills over to the next year (prosperity), while prawns happiness. Others include a dish of oysters and a hair-like seawood/algae (for good tidings and prosperity), lettuce (for health and vigor), (white-cut) chicken (serving a whole chicken symbolizes wholeness and prosperity) and many others.

Friends and families are still visiting each other bearing gifts of foodstuff that range from peanuts, mushrooms, wine, sweets and chocolates, etc., - symbolic food for good tidings of happiness, health and prosperity. It is customary to include mandarin oranges in the gift ensemble. Mandarin oranges sound like 'gold' in Chinese so they symbolise prosperity or luck. Oranges are given in pairs and a minimum of two oranges would suffice but more are usually given. Children and adults who are not married are still collecting red packets of lucky money (angpows) given by married seniors. The new year decorations are still up and people still greet each other with 'Gong Xi Fa Cai' and other good wishes.

The Chinese New Year rounds off its festivities with Chap Goh Meh, literally means the 15th night in the Hokkien and Teochew dialects. This day represents the fifteenth and final day of the Lunar New Year. It is also the occasion of the first full moon of the New Year.

The occasion is marked by feasting and various festivities, including the consumption of tangyuan (glutinous rice balls in soup) and Nian Gao (sweet glutinous rice cake). In traditional Chinese culture, it is also celebrated as the Lantern Festival (not to be confused with the Mid-Autumn Festival).

Not sure if it is still practised today but in ancient times, during the Lantern Festival, children go out at night to temples carrying paper lanterns and solve riddles on the lanterns.

In some regions and countries, the Lantern festival is also regarded as the Chinese version of St. Valentine's Day, a day celebrating love and affection between lovers in Chinese tradition. Chap Goh Meh officially ends the Chinese New Year celebrations. This year, this day falls on Feb 17. 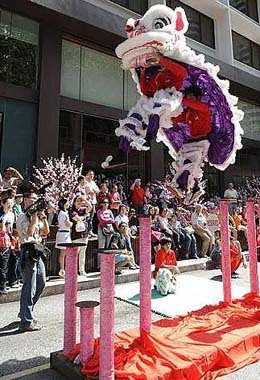 If you happen to be in Penang, CHINGAY and a lion dance on poles will be among the performances to be featured at the Chap Goh Meh celebration at the Esplanade in Penang on Feb 17 according to The Star.

There will also be a 24-season drums presentation, dondang sayang float, Baba Nyonya dances and a concert featuring local artistes. You can also feast on Penang's culinary delights at the food fair.

For singles looking for a partner, a mandarin orange throwing event, involving 3,000 oranges, would be held at the Esplanade at 7.30pm that day.


Image source: The Star
Posted by HappySurfer at 8:28 PM