Malaysia Parliament has been dissolved paving the way for GE13 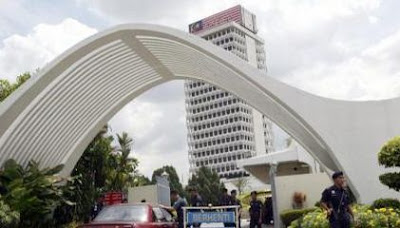 The long-awaited moment has arrived for Malaysians as the Prime Minister Datuk Seri Najib Tun Razak confirmed that the King has consented to the dissolution of Parliament today, Wednesday.

The Electoral Commission will now meet to set dates for nomination day and polling day, which will be separated by at least 11 days.

Elections (GE13) must be held within 60 days of today, June 2nd being the last day.

The EC has also stated that all state elections will be held simultaneously with parliamentary elections, except for Sarawak which still has three years of its mandate left after holding its polls in 2011.

And now the million dollar question: When is Polling Day?

Posted by HappySurfer at 1:29 PM