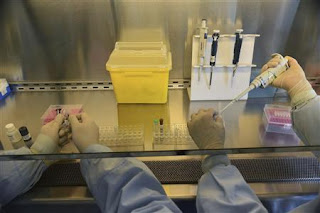 Is the world about to face another health scare?

China is mobilising resources nationwide to fight a new strain of deadly bird flu virus, H7N9, that has killed three people. Japan and Hong Kong have stepped up vigilance against the virus and Vietnam banned imports of Chinese poultry.

The new H7N9 bird flu strain does not appear to be transmitted from human to human but authorities in Hong Kong raised a preliminary alert and said they were taking precautions at the airport.

In Japan, airports have put up posters at entry points warning all airline passengers from China to seek medical attention if they suspect they have bird flu.

A total of nine people in China have been confirmed to have contracted H7N9, all in the east of the country. Three infected people have died.

All passengers on flights in and out of Hong Kong were being asked to notify flight attendants or airport staff if they were feeling unwell.

Vietnam said it had banned poultry imports from China, citing the risk from H7N9.

Posted by HappySurfer at 5:10 PM