Yep, even the Mangoes.. 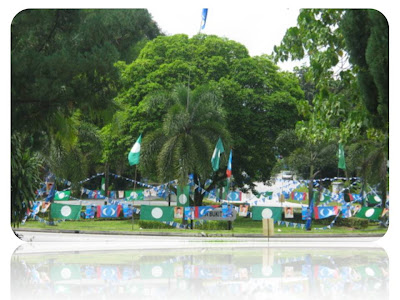 Malaysia is prepping for the closest-fought general election since independence in 1957.

On May 5, Malaysians will go to the polls for the 13th time thus this election is referred to as GE13.

Campaigning could only begin after Nomination Day which was on Apr 20. Ceramahs (political rallies) are being held everywhere though I've yet to attend one. Based on inputs from friends who have attended (and from YouTube), I'd certainly pick an English ceramah to attend as the slurs and jokes come out better in English. Oops! Even the facts and figures come out more right than wrong in English. Oops, again. No offence to anyone.

Everywhere you go in the country, there would be political flags, buntings, posters, the works. The main parties vying for a bigger slice of the Malaysian pie are these parties in the image below. Some constituencies are seeing six-corner fights! 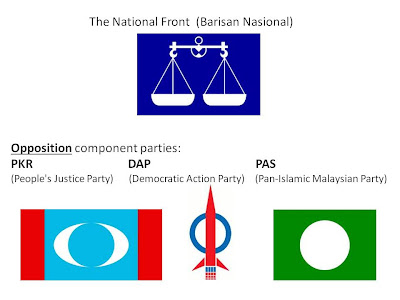 Even mangoes are getting into the act. No prizes for guessing which party the mango tree owner is rooting for though. 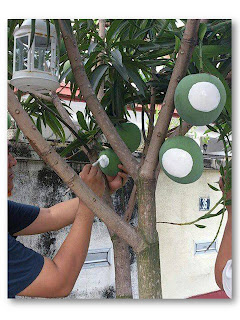 Yes, mangoes are in season here right now, or close to ripening for the picking. The type you see in this image is of the apple-mango variety.