Manchester United are already the Champions 2013 of the Barclays Premier League with four games still to play. There is a chance of surpassing the 91 points gathered by the then-record breaking 1999/2000 title-winning team, and Chelsea’s current record 95 points set in 2004/05. 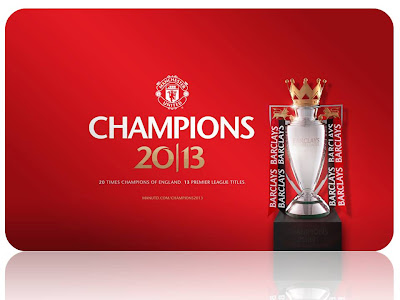 This is Manchester United's 20th title of the Premier League. Incidentally, Robin van Persie wears number 20. There's talk that he may be wearing number 21 next season.

Sunday's game will be with Arsenal at the Emirates stadium in which Arsenal will be providing a guard of honour for the visitors.

From the Daily Mail..
Reluctant Arsenal players are expected to give newly crowned champions Manchester United — and their former captain, Robin van Persie — a guard of honour when they meet at the Emirates Stadium on Sunday.

A guard of honour is a tradition in games involving teams who have just won the title. Privately, a number of Arsenal players have expressed objections towards the gesture, particularly in front of their own supporters, but it is understood it will still go ahead.

Arsenal’s pain will be offset by a £1.5million bonus they will receive due to a clause inserted in Van Persie’s contract when he signed last summer. The clause was activated when United won the title. 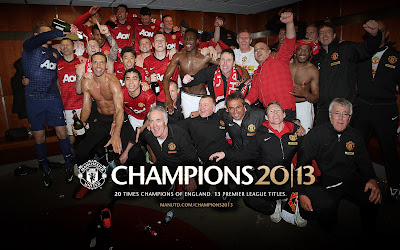 Old Trafford erupted in scenes of joyous celebration on Monday night as the Reds beat Aston Villa 3-0 to clinch a 20th league title.

The fans weren't the only ones celebrating, though. After two victory laps on the pitch, Sir Alex's men headed into the dressing room, sprayed champagne and sung victory songs.

The club's official TV channel, MUTV, were granted exclusive access to the scenes. Here is where you can watch the Dressing Room Celebrations.

Robin van Persie Celebrates. All three goals scored by him in the 2', 13' and 33-minute mark. 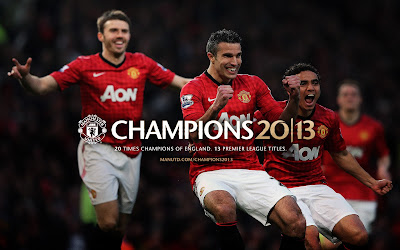 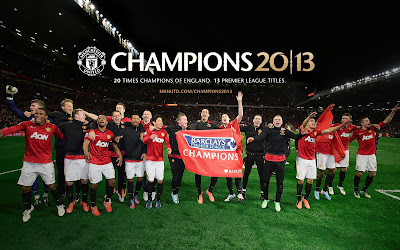 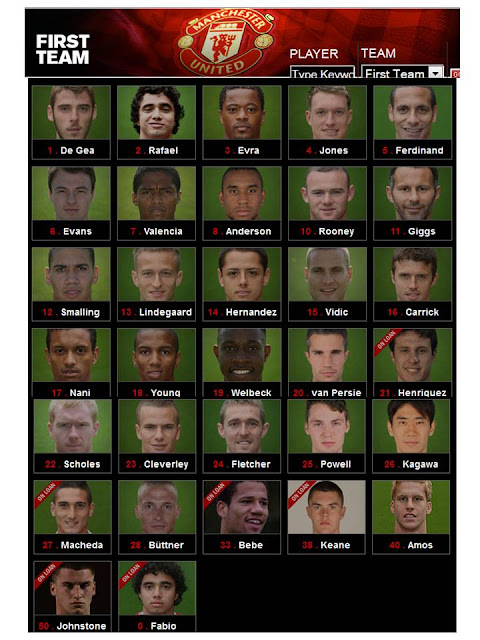 and here's the Man, the force that drives the Champions, Sir Alex Ferguson. 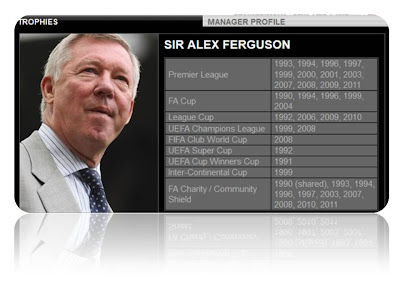 Sir Alex Ferguson is the most successful manager in British football history – winning more than 30 trophies during his time in charge of the Reds. Yet despite more than two decades at the United helm he remains focused on increasing that tally, bringing yet more silverware to Old Trafford. More..

More news, features and videos on Celebrating United's Success 2013 available in the Manchester United's Champions 2013 section. Prize-giving/trophy-lifting will be on May 12 @ 11pm (Malaysia time) after their last home game at Old Trafford. MU will play Swansea City.

We are the Champions, my friends..


All images from Manutd.com

In case you are interested, here's the current Barclays league table standing.. 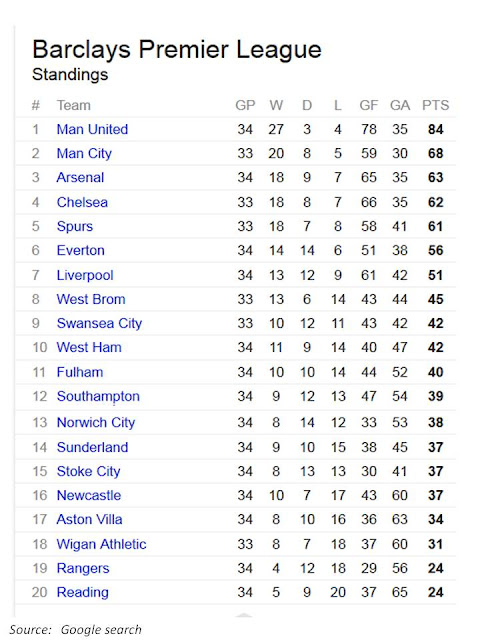