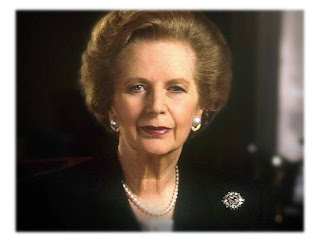 Tributes continue to be paid at home and abroad to Baroness Thatcher after her death at the age of 87.

David Cameron said she had been a "great Briton" while US President Barack Obama called her a "great champion of freedom and liberty".

The funeral of the former prime minister is expected to be held next week.

She died "peacefully" after suffering a stroke while staying at the Ritz hotel in central London.

She will not have a state funeral but will be accorded the same status as Princess Diana and the Queen Mother.

The union jack above Number 10 Downing Street has been lowered to half-mast while Parliament will be recalled from its Easter recess on Wednesday to enable MPs to pay tributes. Read more..

Email ThisBlogThis!Share to TwitterShare to FacebookShare to Pinterest
Labels: England