Ugly! Just read about this cargo ship that slammed into a tower in Genoa, Italy. Genoa is the capital of Liguria and the sixth largest city in Italy. 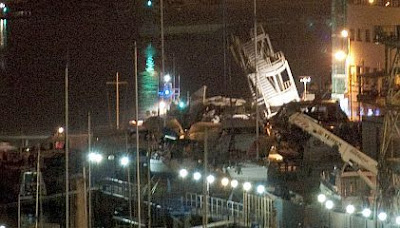 ROME, Italy: Three people died and several others were missing in the water in the port of Genoa on Wednesday, after a container ship smashed into a control tower in a night-time accident which revived painful memories in Italy of a deadly cruise ship disaster last year.

Part of the tower in which about 14 people were present at the time of the accident crashed into the water.

Rescue workers dived into the inky waters around the port - one of the busiest in Italy - in a frantic night-time search to find around 10 people believed to be missing.

Six others were reported seriously injured.

An employee of the Messina Line company based in Genoa which owns the vessel confirmed that "there was an accident when the ship was leaving the port. It ran into the tower, but we don't know why at this point, nor how many people are hurt."

The accident, which took place at around half past midnight (2230 GMT Tuesday), spooked Italians still reeling from the Costa Concordia night-time shipwreck off Giglio island in January 2012 which left 32 people dead. 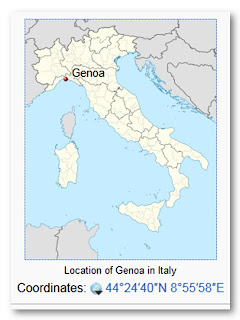 Posted by HappySurfer at 1:13 PM

Email ThisBlogThis!Share to TwitterShare to FacebookShare to Pinterest
Labels: Italy