From The Star about the Pakatan rally held today at Dataran PJ..

The rally is among several organised by the opposition to protest the results of the May 5 general election.

Police have warned that the rally is illegal as they have not received the 10-day notice as required by law under the Peaceful Assembly Act.

Home Minister Datuk Seri Dr Ahmad Zahid Hamidi has said that those that do not adhere to the act will "pay a heavy price" for their offence.

The crowd, mostly clad in black, started to arrive as early as 4.00pm. The event proper started at 5.00pm with speeches from representatives of student groups and non-governmental organisations. 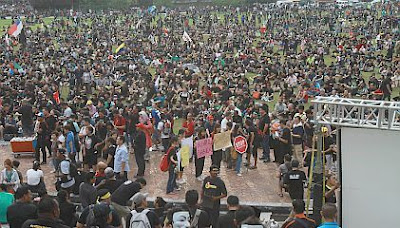 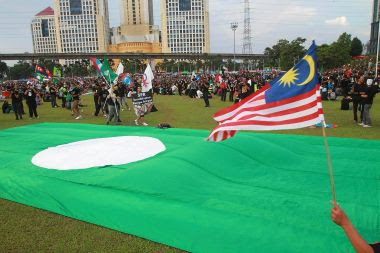 You can get live updates from The Star.. the latest being

7.00pm: The crowd has been at its best behaviour thus far, sitting down on the field to hear the speeches. Traders continue to do brisk business selling drinks and knick-knacks.

Posted by HappySurfer at 7:20 PM