A little tour of Kuala Lumpur on a rainy day

What a glorious day it is today. By contrast, yesterday was just the opposite, weatherwise, that is.

When I set out on an errand yesterday, though it was morning it certainly could be mistaken for dusk and a grey one at that - and it was raining as well.  At the rate and how early the rain started, flash floods came to mind and true enough, by evening, local papers were carrying news of flash floods in various parts of Kuala Lumpur and the Klang Valley.  Here's one flooded area from NST.com 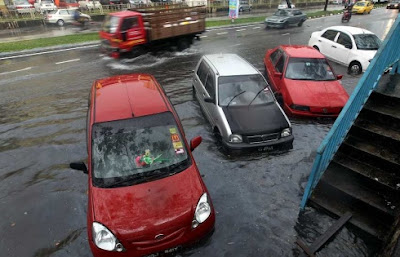 Let me show you the kind of weather it was yesterday in Kuala Lumpur as well as take you on a little tour of the part of the city where I went to.

Bummer! What a weather to start the day but the thought of it being Friday helped. 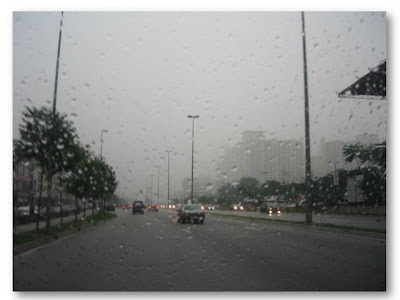 Then soon enough it turned dark and ominous, like a dark and sinister blanket overhead. 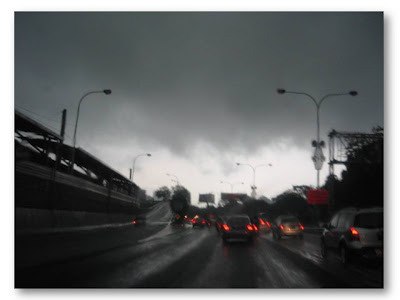 Further into the city, the weather got better allowing some more pictures to be taken. I wanted to show you a little bit of this part of Kuala Lumpur, the part that glitzy travel magazines don't often feature - mainly because it's the older part of the city (as opposed to the Bukit Bintang area) and practically no significant tourist attraction here. However, this part of town is a local shopper's paradise when it comes to bargains and range of products.

As a tourist, you may notice that the colonial past is still present in Kuala Lumpur as well as in other parts of the country particularly in the building architecture. This is the Medical Research Institute converted from an old colonial building.  It is located near the KL General Hospital (which is further down the road to the left in the other direction). 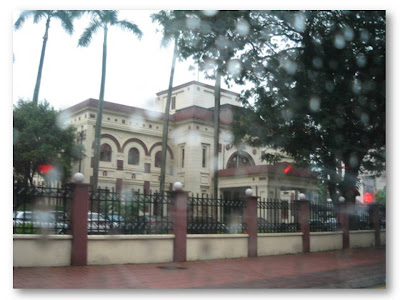 Moving further down the street to the right of the above picture, we come to a junction of crossroads branching out to various parts of the city.  Being an older part of the city, prewar shophouses like the ones in the picture below are still a part of the landscape of this part of town. 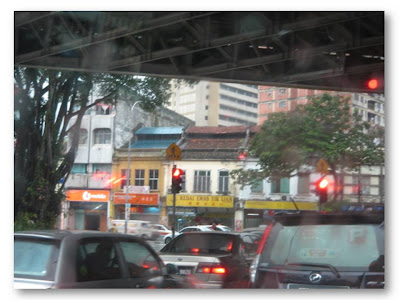 Come Hari Raya (Aidil Fitri) and Deepavali (Festival of Lights), this part of town becomes bustling with activity just like Chinatown during Chinese New Year. You can find practically everything here from day-to-day products to wedding paraphernalia to popular festival items such as regular items like clothes and shoes to headwear (including and especially songkok) to fabrics for clothes and curtains, rugs and carpets, gold jewellery, you name it. In this area there is a huge wet market, Chow Kit market, which serves a wide clientele from humble homes to restaurants. A good place to check out if you like going to markets. It opens every day of the week from pre-dawn to dusk and into the night though I'd advise going there during the day.

More prewar shophouses. In fact, they flank both sides of the street. This street used to be called Batu Road. There must be a reason for it being named such as 'Batu' means stone in the local Malay language. Notice 'Road' instead of 'Jalan' the local version. We can only conclude that this road name was coined during the British colonial times. Today, this street is called Jalan Tuanku Abdul Rahman after Malaysia's first Prime Minister.  Jalan means road or street in the local Malay language and Jalan is placed ahead of the name. 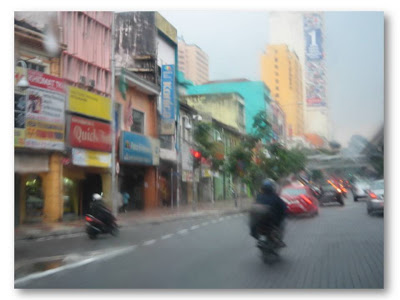 This is the facade of Renaissance Hotel taken yesterday on the way back.. 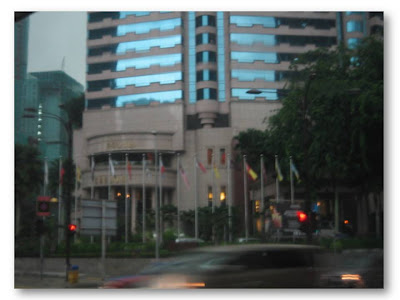 Crossing over the intersection with Jalan Ampang onto Jalan Sultan Ismail is the Concorde Hotel, also on the left side. (Incidentally, here in Malaysia, we drive on the left side of the road.)  Hard Rock Cafe is located in the Concord Hotel. Equatorial Hotel (now under renovation) is closeby. On the opposite side of the road is Shangri-la Hotel. There is a monorail station nearby as well as an LRT (Dang Wangi) station.

On the way back to the office, my drive was along the same route.

Visibility was still affected by the weather (remember it is still early part of the morning) which requires cars turning on their headlights. 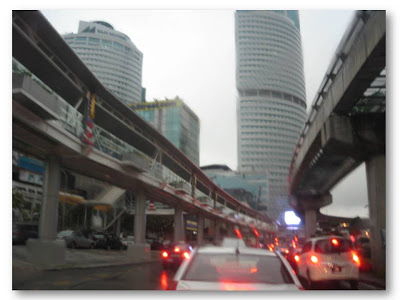 What caught me by surprise here was the pedestrian walkway on the left, which only goes to show how long I've not visited this area. This covered walkway meanders over a few streets and a lot safer for pedestrians not having to battle auto-traffic down below. The structure on the right is the monorail track.  This was taken near Sheraton Imperial Kuala Lumpur hotel.  This is still along Jalan Sultan Ismail, the tail-end.

A closeup of the nice walkway.. 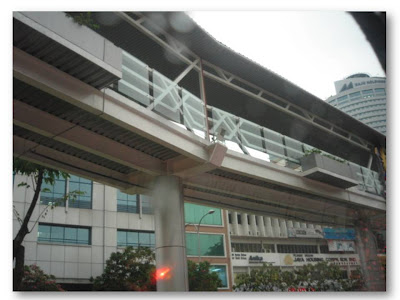 I've often read about Maju Junction but have not been there. This is a new shopping complex this side of the city. The complex houses a few government departments including the Road Transport Department. The building is shown below the red arrow in the following picture. 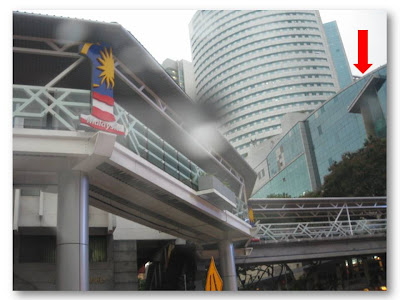 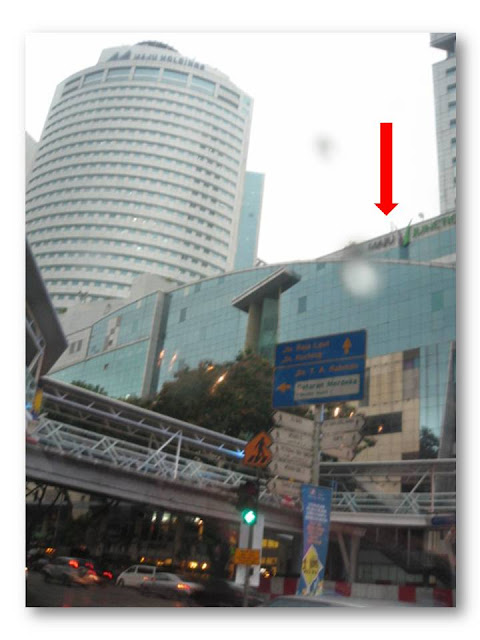 If you intend to visit Kuala Lumpur, the next landmark in this area may interest you.

This is the Tune Hotel, the only one in the city. It is right opposite Maju Junction which is an ideal place to stay if you are looking for a nice hotel on a budget. How convenient is that!

Forgive shaky hands..Maju Juction is across the street on the left (not in picture).. 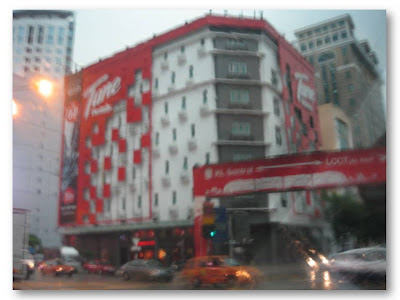 And that, ladies and gentlemen, we've come to the end of the short tour. Hope I didn't bore you too much. :D