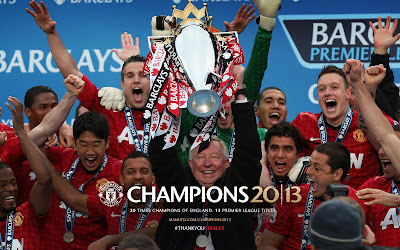 I'm seeing a spike in blog traffic today (which actually started last night) from keywords relating to Manchester United Champion 2013. Surprisingly, the bulk of the traffic comes from Great Britain and Indonesia, the latter a real surprise. Local Malaysia traffic comes in third.

It happens. Sometimes we write a post that hits an interest level at the time and the post could even remain as one that constantly gets traffic over the months, years even. These are posts that make it all worthwhile, you know what I mean. 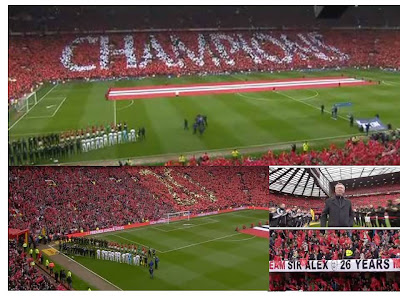 As for the match last night between Manchester United and Swansea City at Old Trafford, it was a good game to watch but the highlight of the night was the trophy presentation after the game. Last night's game was the 723rd game and the last game for Sir Alex Ferguson for the Old Trafford club. David Moyes takes over from the next game on May 19 which is the last match of the season in which MU will play West Brom. If MU wins this game, it will bring them to 91 points, just one point shy of their highscore of 92 during their 1993/94 season and the same score as their 1999/2000 season. At one point, MU looked set to break the record of 95 which was set by Jose Mourinho's Chelsea side in 2004/05.

It was a 2-1 match win for MU last night with a late 87-minute winning goal by defender Rio Ferdinand whose last goal was scored in Jan 2008, if I remember correctly what the commentator said. It's memorable for Ferdinand that being the last game for Sir Alex. Last night was also the last game for Paul Scholes who retires the same day as Sir Alex and which he (Sir Alex) acknowledged in his farewell speech. 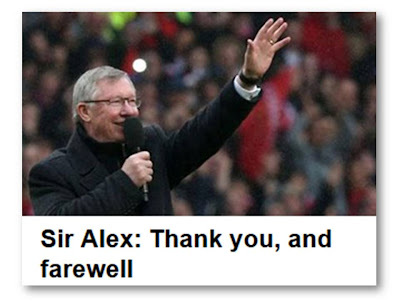 'Nuff said. If a picture tells a thousand words, here are a few thousands and more on the Manchester United website. Enjoy the celebration (MU supporters), albeit virtually.. 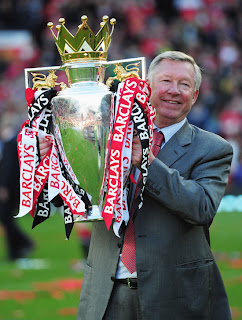 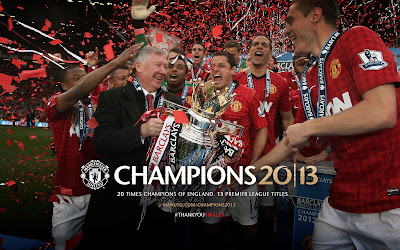 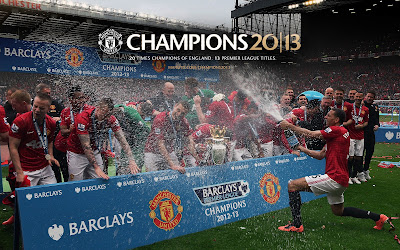 All images are from Manutd.com

Posted by HappySurfer at 1:13 PM