Tonight is the Night - Polling results and Man Utd vs Chelsea

Like a good citizen, I headed to the polls bright and early this morning. It was already hot but I was lucky to be in the queue with some shade from a row of trees nearby. Didn't need to put to use that umbrella I brought along. The Met Department was right when it forecast rain in the afternoon. It rained for a while but seems to have stopped, at least in my area - with an hour and a half to go before polling ends at 5pm.

This is the queue I was in.. and like everyone else, I came away with an inked fingernail on the left index finger. Read that this would stay on for a week or so but somebody suggested a paint thinner would do the trick of removing all traces of the indelible ink. Maybe so, but I won't. It screams "I voted!" - some sort of a bragging right. You know what I mean? 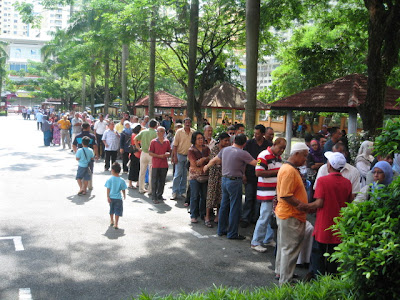 Tonight would be a suspenseful night for candidates and government administrators of both sides when ballot-counting begins.

For those of us who care, we'd be glued to the tv anxiously following the results.

For football fans, there is to look forward to the match between English League champions, Manchester United and Chelsea, the latter currently in 4th place with two games in hand with 65 points. The match starts at 11pm. 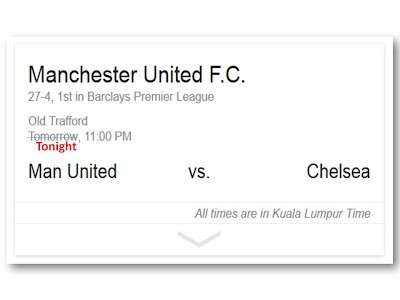 League standings as of today, May 5 Have a wonderful evening!

Posted by HappySurfer at 3:34 PM