What not to name your Dog 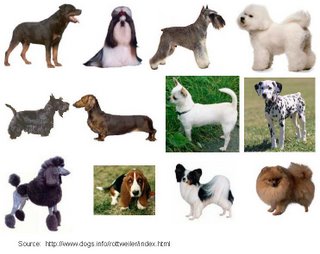 
Everybody who has a dog calls him Rover or Boy. I call mine Sex.

Now Sex has been very embarrassing to me. When I went to City Hall to renew his dog license, I told the clerk I would like to have a license for Sex. He said, I'd like to have one, too. Then I said, But this is a dog! He said he didn't care what she looked like. Then I said, But you don't understand. I've had Sex since I was nine years old. He said I must have been quite a kid.

When I got married and went on my honeymoon, I took the dog with me. I told the motel clerk that I wanted a room for my wife and me and a special room for Sex. He said every room in the place was for sex. I said, You don't understand. Sex keeps me awake at night! The clerk said, Me too.

One day I entered Sex in a contest, but before the competition began, the dog ran away. Another contestant asked me why I was just standing there looking around.

I told him I had planned to have Sex in the contest. He told me I should have sold my own tickets. But you don't understand, I said, I had hoped to have Sex on TV. He called me a show-off.

Last night Sex ran off again. I spent hours looking around town
for him. A cop came over to me and asked, What are you doing
in this alley at 4:00 in the morning? I said, I'm looking for Sex.

My case comes up Friday.


Still wondering what to call your new puppy? Here are two sites
to help you out: