I know, I am behind on this post. Bear with me while I document this historical event, the Opening Ceremony of the Summer Beijing Olympics.

Last Friday, 8 August 2008, (080808) almost everyone in my office left early to catch the 8:00pm Opening Ceremony of the XXIX Olympiad held in Beijing, China.

Once in a while we get to witness something spectacular and this Opening Ceremony must have topped the rest so far. It was an awesome show of tradition and technology combined.

Every bit of the Opening Ceremony was mesmerising, from the fireworks to the human great wall to the dancers to the drummers and their luminous drumsticks, Li Ning running to light the torch, the whole enchilada! Did anyone hear it being mentioned that the aerial shots of the footsteps and fireworks leading to the stadium were computer generated? Well, they were, but who cares! They add to the spectacular experience, didn't they?

Most if not all of you would have watched the show so I won't bore you with my account but instead point you to a more interesting article from NBC.

Posted Friday, August 8, 2008 9:38 AM ET
BEIJING - On the eighth day of the eighth month of the eighth year of the millennium, China welcomed the world to the 29th Olympiad with a blockbuster opening ceremony that launched arguably the most anticipated and assuredly the most controversial Games in modern Olympic history.

Amid the roar of fireworks and elaborate tributes to China's 5,000-year-old civilization, athletes from 204 nations - of 205 - marched into Olympic Stadium, the steel-girded Birds' Nest, before dignitaries that included President Bush, Russian Prime Minister Vladimir Putin and Chinese President Hu Jintao. Only Brunei proved a no-show, failing Friday to register even one athlete.

Since I am documenting this sports milestone, I will have to include some memorable pictures. These photographs are from the NBC gallery of the Opening Ceremony of the Beijing Olympics. 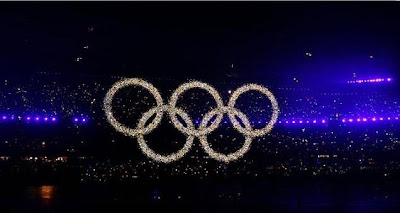 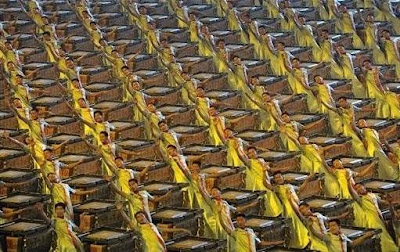 Another view of the drummers and the luminous drumsticks. 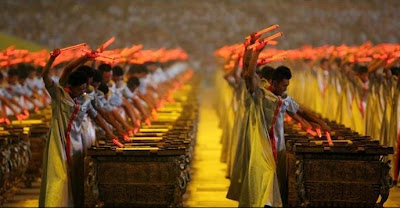 Fireworks over the National Stadium, also known as the Bird's Nest 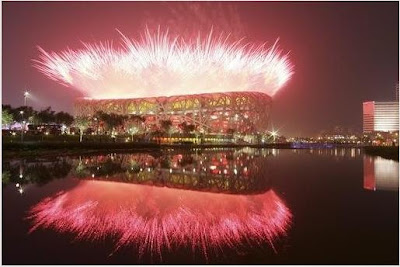 View of the fireworks from inside the National Stadium 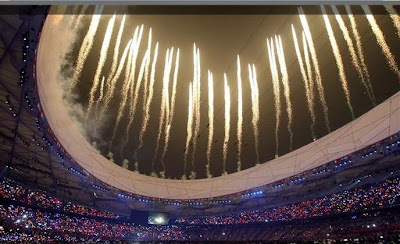 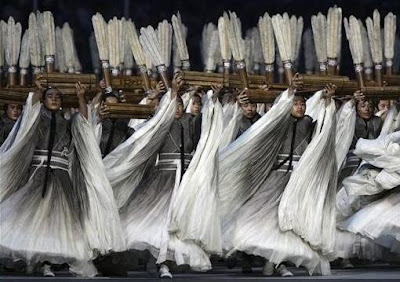 The Chinese flag is paraded into the National Stadium, carried by children in traditional costumes of the tribes in China. 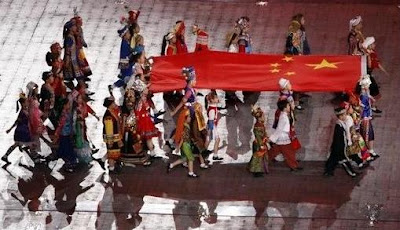 Fireworks light up the sky over the National Aquatics Center (L) - nicknamed the Cube, and the National Stadium - Bird's Nest 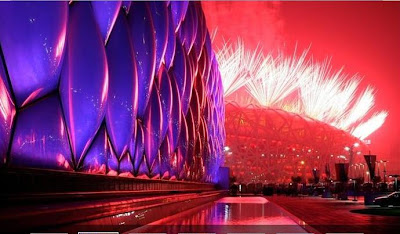 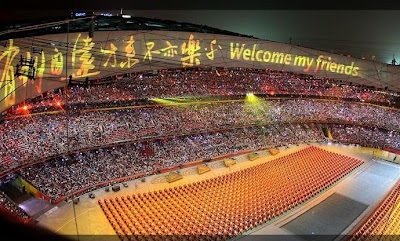 The torch is lit during the end of the Opening Ceremony 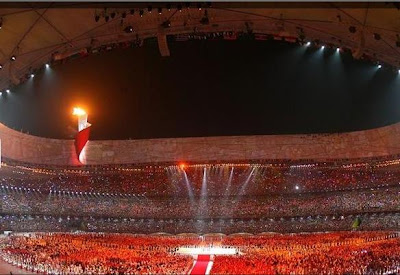 A family watches the fireworks in Tiananmen Square 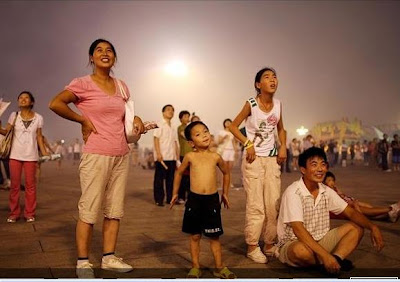 People watch the broadcast of the Opening Ceremony 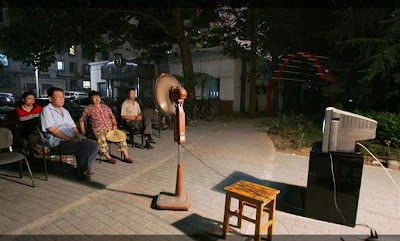 Source: NBC
Posted by HappySurfer at 11:12 AM