Medals of Olympic Games & London, host of the next Olympics

Well, like they say, time flies when you are having a good time. We are now at the tail-end of this world event. At 8pm tonight, most of us would be glued to the tv set witnessing the closing ceremony of this exciting, entertaining, memorable, record-breaking once-in-four-years sporting event. One thing for sure, man is getting faster and stronger, as evidenced by the many world records broken in this XXIX Olympiad.

What do the athletes have to show for it, or at least the three winners? The medals, of course, so thought a post on the Beijing Olympic Medals would sort of round up the series of the Beijing Olympics post. I am taking the easy way out by reproducing below the article from the English version of the Beijing2008 site.

These are the Beijing Olympic Medals, the reverse and the obverse sides. Besides metal, jade is also used. It is inlaid into the medal on the reverse side.

Reverse side of the Medals and Ribbons

Read the details here
(BEIJING, March 27) -- On the occasion of the 500-day countdown to the opening of the Beijing Olympic Games, the Organizing Committee for the Games of the XXIX Olympiad (BOCOG) unveiled the Games' medals.

BOCOG Executive Vice-President and chairman of the evaluation panel Jiang Xiaoyu attended the unveiling ceremony and delivered a speech at the Capital Museum on Tuesday.

The medals are designed with inspiration from "bi", China's ancient jade piece inscribed with dragon pattern. The medals, made of gold and jade, symbolize nobility and virtue and are embodiment of traditional Chinese values of ethics and honor.

Noble and elegant, the medals are a blending of traditional Chinese culture and the Olympism. It gives the winners of the Games great honor and acclamation as recognition of their achievement.

The IOC has strict stipulation on the Olympic medals' material, identification, weight, size and drawing. The medals for the champion and the runner-up are made of pure silver, and the champion's medal must be plated with gold weighing not less than six grams each. For the first time jade is used for the Olympic medals. The design not only meets the IOC requirements, but also expresses praise and honor that the Chinese people cherish for the Olympic Spirit and the Olympic athletes.

In his speech, Jiang Xiaoyu said the Beijing 2008 Games medals will be a major part of the Olympic legacy for China. The design of the medals is a result of hard work and enthusiasm of many people. The medals, he said, embody strong Chinese style and elegant art, and are a harmonious combination of the Chinese culture with the Olympism, making them a vehicle to spread the Olympic Spirit and the concepts of the Beijing Games, as well as to showcase Chinese culture and arts, and the high levels of design and technology.

We might as well learn something about the History of the Summer Olympic Medals. Click on image to enlarge it.

While we are at it, take a look at these pretty babies, the recent Summer Olympic Medals 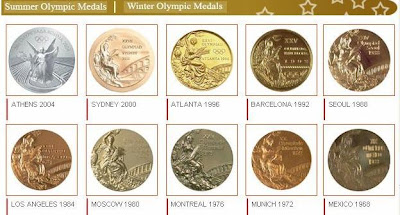 And these are the recent Winter Olympic Medals 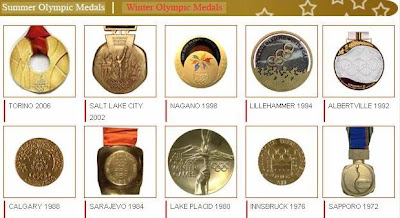 To view the entire range of Olympic Medals, visit: Beijing2008.cn

Let's enjoy the Closing Ceremony tonight, 8pm. Watch David Beckham kicking footballs from the top of a double-decker bus into the Beijing crowd as London celebrates the handing over of the Olympic Games.

** Why David Beckham(?) you might ask. The former England captain, played a key role in London's winning bid in Singapore three years ago.

And London will be full of festivities, being the host of the next Olympics. You can get an idea of what's happening where in the map below. 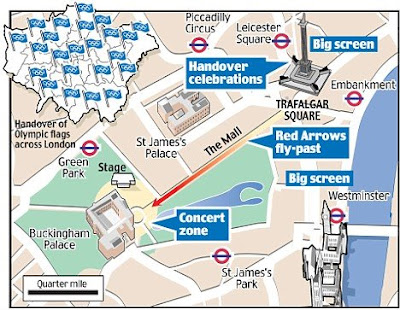 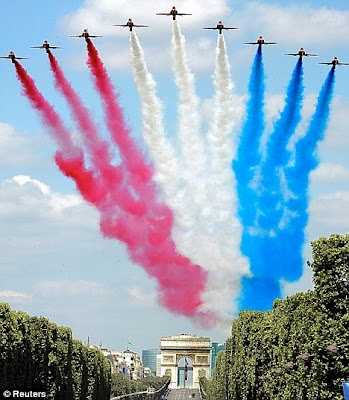 The British Red Arrows will do a flyby in celebration

Singer Leona Lewis is set to perform with 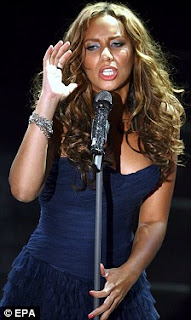 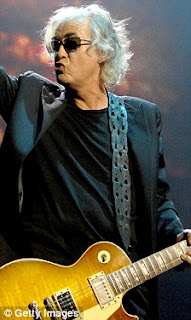 Enjoy the Closing and see you in London in 2012!

Picture source of the bottom four pictures: dailymail.co.uk
Posted by HappySurfer at 3:36 PM