The Star reported today that the strongest earthquake in more than 200 years rocked Haiti on Tuesday, collapsing a hospital where people screamed for help and heavily damaging the National Palace, U.N. peacekeeper headquarters and other buildings.

The earthquake had a preliminary magnitude of 7.0 and was centered about 10 miles (15 kilometers) west of Port-au-Prince at a depth of 5 miles (8 kilometers), the U.S. Geological Survey said. 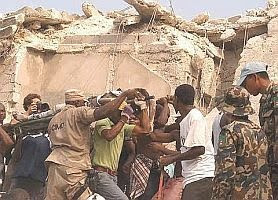 U.S. officials reported bodies in the streets and an aid official described "total disaster and chaos." United Nations officials said a large number of U.N. personnel were unaccounted for. 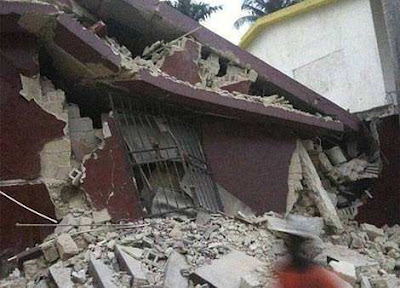 Communications were widely disrupted, making it impossible to get a full picture of damage as powerful aftershocks shook a desperately poor country where many buildings are flimsy.

Electricity was out in some places. 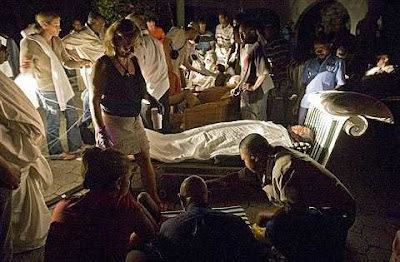 Below is what I roughly put together on the extent of the damage as a result:

- "there must be thousands of people dead," according to a spokeswoman for the aid group, Sara Fajardo.

- it was just total disaster and chaos, that there were clouds of dust surrounding Port-au-Prince

- "They reported structures down. They reported a lot of walls down. They did see a number of bodies in the street and on the sidewalk that had been hit by debris. So clearly, there's going to be serious loss of life in this,"

- the headquarters of the 9,000-member Haiti peacekeeping mission and other U.N. installations were seriously damaged.

- "Contacts with the U.N. on the ground have been severely hampered. For the moment, a large number of personnel remain unaccounted for."

- a portion of the National Palace had disintegrated.

- "Buildings collapsed all over the place,"

- "We have lives that are destroyed. ... It will take at least two or three days for people to know what's going on."

- Elsewhere in the capital, a U.S. government official reported seeing houses that had tumbled into a ravine.

- a small hotel near their home had collapsed, with people inside.

- "They told me it was total chaos, a lot of devastation,"

- "buildings were crumbling right and left" near the national palace.

- With phones down, some of the only communication came from social media such as Twitter.

- The news, based mostly on second-hand reports and photos, was disturbing, with people screaming in fear and roads blocked with debris.

- "Everybody is just totally, totally freaked out and shaken,"