I wonder if this is auspicious. We are starting the new year with two full moons in January - a full blue moon and a solar eclipse to boot. In Asia, this can be viewed tonight, Jan 1. 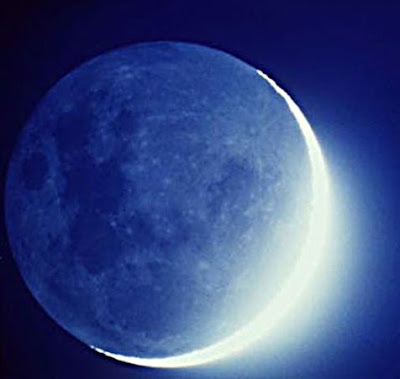 Depending on where you live worldwide, the full moon will fall on either December 31, 2009, or January 1, 2010. The full moon falls on December 31 in the Americas, Europe and Africa and is a Blue Moon, or the second full moon in December.

For New Zealand, Australia and most of Asia the full moon will fall on January 1. For that part of the globe, January of 2010 will have two full moons – and the second full moon in January will be their full moon. In the Americas, it is the first of two full moons to occur in December 2009. The full Blue Moon will occur at 19h13 Universtal Time (GMT).

Source
Posted by HappySurfer at 1:10 PM