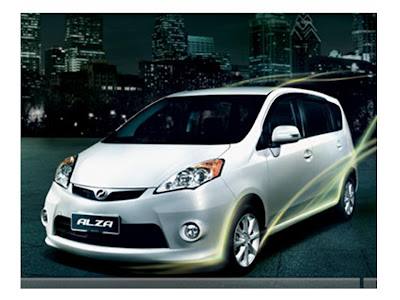 Dubbed a “Car One Moment, MPV the Next”, the 7-seater comes in six colors. The 1.5-litre engine Alza comes in six variants, equipped with either the four-speed automatic or five-speed manual transmission. 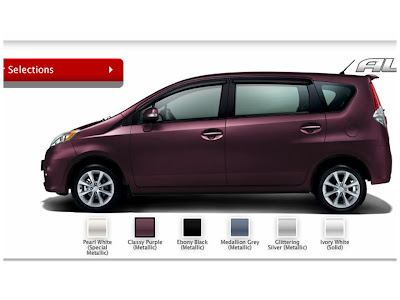 The Alza has a starting price of RM56,000 and is the cheapest MPV in the market. The advanced variants, priced at between RM67,000 and RM70,000 will be launched in March. The advanced versions will have a complete bodykit, GPS with reverse camera, tinted windows and leather seats. 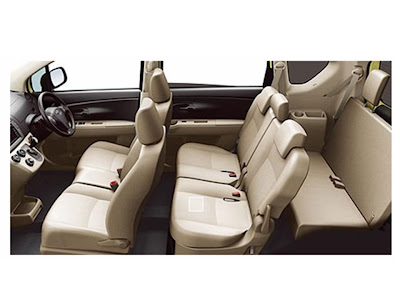 The local multi-purpose vehicle (MPV) segment is expected to see the biggest growth in sales in 2009, driven by the introduction of the Proton Exora in April and the launch of Perodua's Alza.

According to officials of the company, Perodua has a 31 percent market share so far this year in Malaysia which is the largest passenger car market in Southeast Asia; and they expect to increase its share to 33 percent next year.

Perodua, partly owned by Japanese mini-car maker Daihatsu Motor Corp., overtook Proton in 2006 to become the top selling car maker in Malaysia and has maintained its pole position ever since.

Here's a video of the Perodua Alza launch on Monday.

Posted by HappySurfer at 3:00 PM

Email ThisBlogThis!Share to TwitterShare to FacebookShare to Pinterest
Labels: cars