It is easy to relax too much and not do any blogging for a while. A while for me would be a number of days at a stretch. It could go on, of course, but guilt would set in.

I have been blog-hopping though and leaving comments here and there and having a good laugh at some of the posts. It just goes to show that the world never sleeps just because someone does. The sun still rises the following day and things still happen around the world - good and bad and it's the good things we want to focus on, don't we?

Friends who continue to forward me emails are among my blessings. Rain or shine, whether I respond or not, the good stuff keeps coming in from far and wide and I thank them. I have no doubt you too have friends like that.

One of the good stuff I want to share today is about a polar bear and a huskie playing together. This set of photographs was taken by Norbett Rosing, a renowned German wildlife photographer. 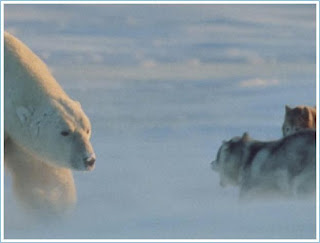 It looks like lunch-time for the bear when he wandered in.. 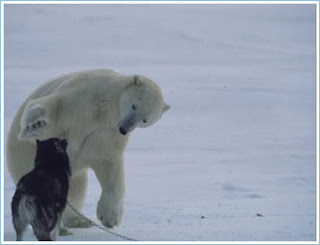 but it didn't happen, instead they were engaged in play. 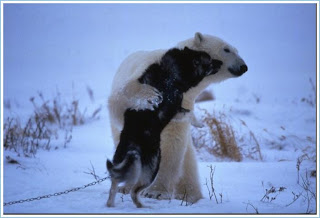 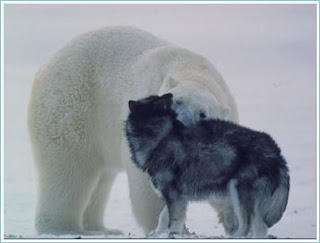 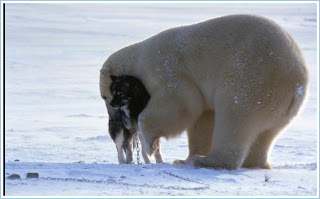 The Polar Bear returned nightly for two weeks, until the ice froze and the bear left to hunt seals. This is a unique encounter as polar bears and dogs are natural enemies and 99 percent of the bears behave quite aggressively toward dogs. However, according to the US National Institute for Play, playfulness crosses species lines.
Posted by HappySurfer at 12:18 PM

Email ThisBlogThis!Share to TwitterShare to FacebookShare to Pinterest
Labels: Photography