I remember my late grandmother used to say that rainy weather is associated with this time of the year, among a few other occasions throughout the year. This is based on the Lunar calendar. My observations tell me that these weather condition predictions linking to the months of the year are pretty accurate.

These few weeks of the third lunar month mark the time for tomb-sweeping or the annual ritual where families of Buddhist/Toaist faith visit ancestral grave-sites to clean up the site(s) and to make offerings - of food, drink, flowers, incense and candles and 'gold paper' (currency in the afterlife) as well as other papercraft items to ensure the spirit of the deceased has lots of good things in the afterlife.

Of late, heavy downpour has been wreaking havoc in a lot of regions in Malaysia. The latest being the Klang district, located about 32km to the west of Kuala Lumpur.

A downpour coupled with high tide caused widespread flooding in Klang and Port Klang and forced banks and businesses to turn away customers. Ten schools were forced to cancel classes and hundreds of families were badly affected as drains overflowed and the water entered houses and shops.

Water is not the only thing to contend with as the sudden rise in water level caused reptiles to come out from the drains onto the roads. Nine pythons have been caught in the town area and a man caught six monitor lizards making him a happy man as he could sell them for money.

It has been said this is the worst flood in 45 years. Some images from The Star.. 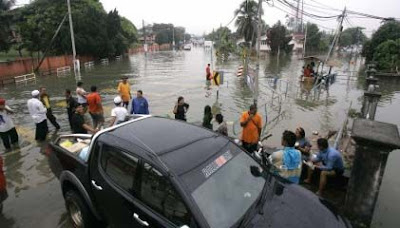 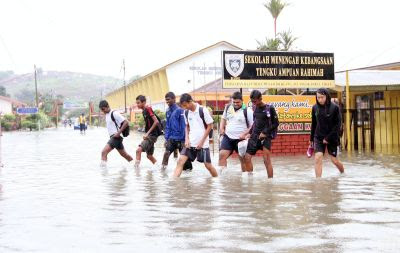 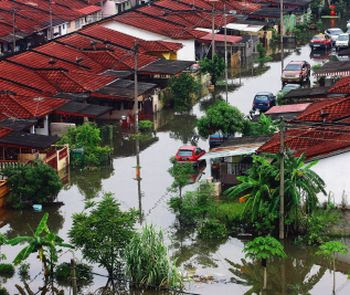