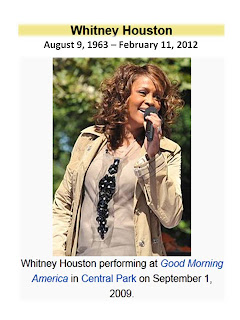 I read the day that it is confirmed that there was no foul play in the death of Whitney Houston but she died of accidental drowning due to the effects of cocaine use and heart disease, according to a Los Angeles County coroner's spokesman. She was found submerged in the bathtub of her Beverly Hills hotel room on February 12, the eve of the Grammy Awards.

Ms Houston's death this way is sad indeed for one who shared such beautiful music with the world. It is sometimes unfathomable that US being so advanced with so many drug rehab centres (one of which being the san diego drug alcohol rehab treatment center) that people with substance abuse are not taking advantage of the expertise and facilities.