Retirement Age to be extended - proposal 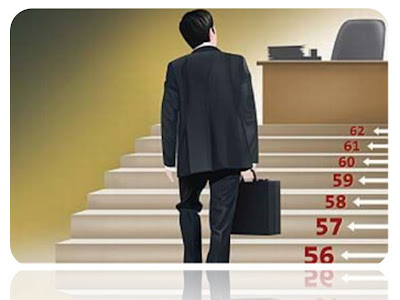 What do you think about retiring at 62 instead of 55?

At the moment, the Employment Act 1955 does not state any age for retirement, while the only regulation on age is the withdrawal of the Employees Provident Fund (EPF), which is set at 55 under the EPF Act 1991.

Job seekers and employees believe that pushing up the retirement age for the private sector will necessarily mean fewer employment or promotion opportunities which experts say is more fallacy than truth.

Government would need to facilitate a conducive environment for firms to invest and expand so that job opportunities open up for talented and experienced employees to have the chance to move up the corporate ladder as business expands.

The Star said, according to reports, the Private Sector Retirement Age Bill will be tabled in parliament soon, with provisos to allow those who reach 60 to renew up to 64 and may contain a clause allowing people to retire earlier.

“On the upside, two benefits are immediately clear. Firstly, because people work longer, raising the retirement age increases revenues coming into the social security system. Secondly, because people retire later, the payout to retirees falls,” he says. (Source: The Star)

Email ThisBlogThis!Share to TwitterShare to FacebookShare to Pinterest
Labels: Retirement