Once in a while, I see a neighbour all geared up in cycling attire, helmet under his arm, racing bike (sometimes two) mounted atop his white car, a smile on his fresh face and I know someone is set for a good day ahead. 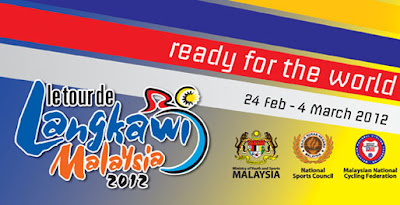 A world-class sporting event currently going on in Malaysia is Le Tour de Langkawi Malaysia 2012. This year's route will take cyclists from all over the world from Putrajaya (starting point) through to Melaka, Batu Pahat to Muar even to Pandan Indah in Ampang, KL on Feb 28. Anyone caught it in KL? From KL the race continued to Gentings and then right at this moment on the way to Kuantan and on to Pekan, Cukai, Kemasik in Terengganu and ending in Tasik/Lake Kenyir, Terengganu on Sunday, Mar 4 (Stage 10). 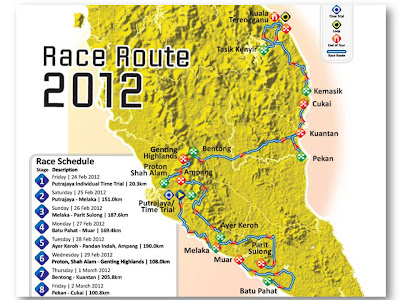 Just as I am writing this post, Stage 7 of Le Tour de Langkawi 2012 is now in progress at the stretch from Bentong to Kuantan in the east cost state of Pahang. The 205.8km race started at 10:00am this morning from Bentong, estimated arrival time is at 2:49pm in Kuantan. 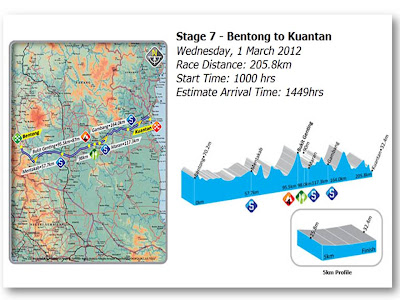 Here is a bigger map of the area or you could view it at Le Tour de Langkawi website. 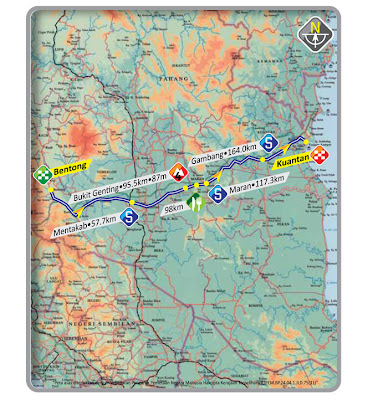 Stage 6 was completed yesterday at Genting Highlands with Jose Serpa of Columbia winning the race. If you are interested, you can see full results of the stages on the website.

Below, a montage of yesterday's Stage 6 race at Genting Highlands. The road coming down from Resorts World Genting to Genting Sempah was closed for four hours to allow cyclists of the Le Tour de Langkawi to cycle up on the 6th stage of the race.

The downhill road was closed from 10.30am to 2.30pm while the uphill road remained open.

Resorts World Genting in a statement advised those wanting to leave the resort during the closure to use the Genting Skyway cable cars followed by Batang Kali road. (Source: The Star) 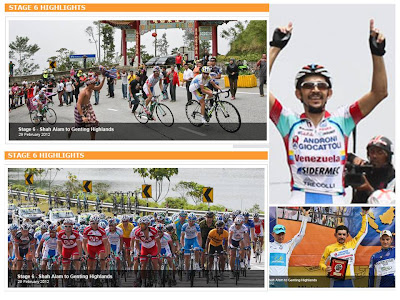