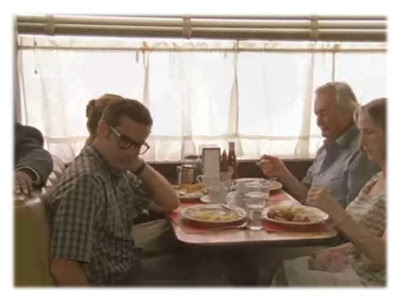 Source: YouTube
I always look forward to attending conferences and seminars. You learn something new all the time. Even if we pick up a new idea or a new lesson, I figure the attendance is worth it.

The Abilene paradox is a paradox in which a group of people collectively decide on a course of action that is counter to the preferences of any of the individuals in the group. It involves a common breakdown of group communication in which each member mistakenly believes that their own preferences are counter to the group's and, therefore, does not raise objections. A common phrase relating to the Abilene paradox is a desire to not "rock the boat".

On a hot afternoon visiting in Coleman, Texas, the family is comfortably playing dominoes on a porch, until the father-in-law suggests that they take a trip to Abilene [53 miles north] for dinner. The wife says, "Sounds like a great idea." The husband, despite having reservations because the drive is long and hot, thinks that his preferences must be out-of-step with the group and says, "Sounds good to me. I just hope your mother wants to go." The mother-in-law then says, "Of course I want to go. I haven't been to Abilene in a long time."

The drive is hot, dusty, and long. When they arrive at the cafeteria, the food is as bad as the drive. They arrive back home four hours later, exhausted.

One of them dishonestly says, "It was a great trip, wasn't it?" The mother-in-law says that, actually, she would rather have stayed home, but went along since the other three were so enthusiastic. The husband says, "I wasn't delighted to be doing what we were doing. I only went to satisfy the rest of you." The wife says, "I just went along to keep you happy. I would have had to be crazy to want to go out in the heat like that." The father-in-law then says that he only suggested it because he thought the others might be bored.

The group sits back, perplexed that they together decided to take a trip which none of them wanted. They each would have preferred to sit comfortably, but did not admit to it when they still had time to enjoy the afternoon.

On a lighter note, I say if they had a ceiling fan and a set of mahjong, they wouldn't have thought about making that 53-mile journey to Abilene!
Posted by HappySurfer at 9:12 PM